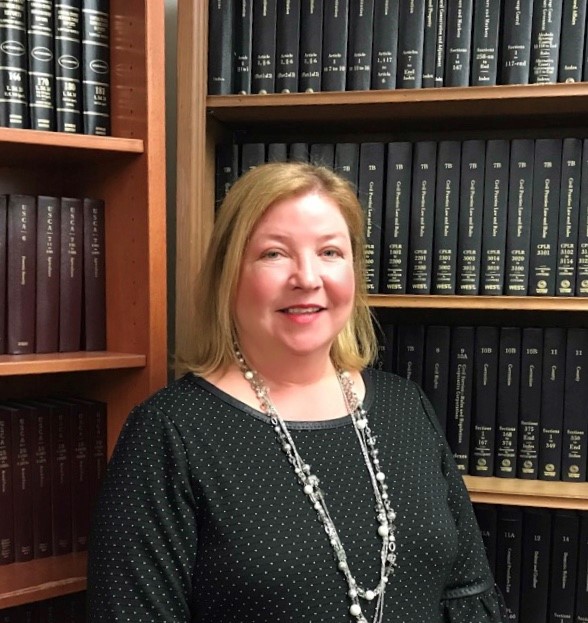 Led by Chief Lynette Reda, the Special Projects Bureau is responsible for screening every criminal case with a felony charge after the defendant’s initial arraignment in Buffalo City Court or another Justice Court in Erie County. Each felony case is reviewed to determine if the felony charge is appropriate, if the charge should be reduced to a misdemeanor, or if other charges are applicable. Once reviewed, the matter is assigned to an assistant district attorney who will ultimately prosecute the case.

The Special Projects Bureau also oversees the implementation of discovery requirements under criminal justice reforms that go into effect in New York State on January 1, 2020. Responsibilities include collecting evidence from various police agencies and utilizing new technology to digitally compile the information that will be provided to defense attorneys in compliance under the new legislation.

Lyn Reda has been an assistant district attorney with the Erie County District Attorney’s Office for the past 25 years. She previously served as the Bureau Chief of Felony Trials, Domestic Violence, Vehicular Crimes, Project Exile and the Assistant Bureau Chief of Grand Jury. She spent many years prosecuting sex offenses in our Special Victims Bureau. Prior to joining the Erie County DA’s Office, Lyn was a Public Defender in Los Angeles, California for eight years. She has tried dozens of cases, mostly sex crimes, that resulted in substantial jail time for those convicted and several that ended in sentences of 25 years to life in prison.