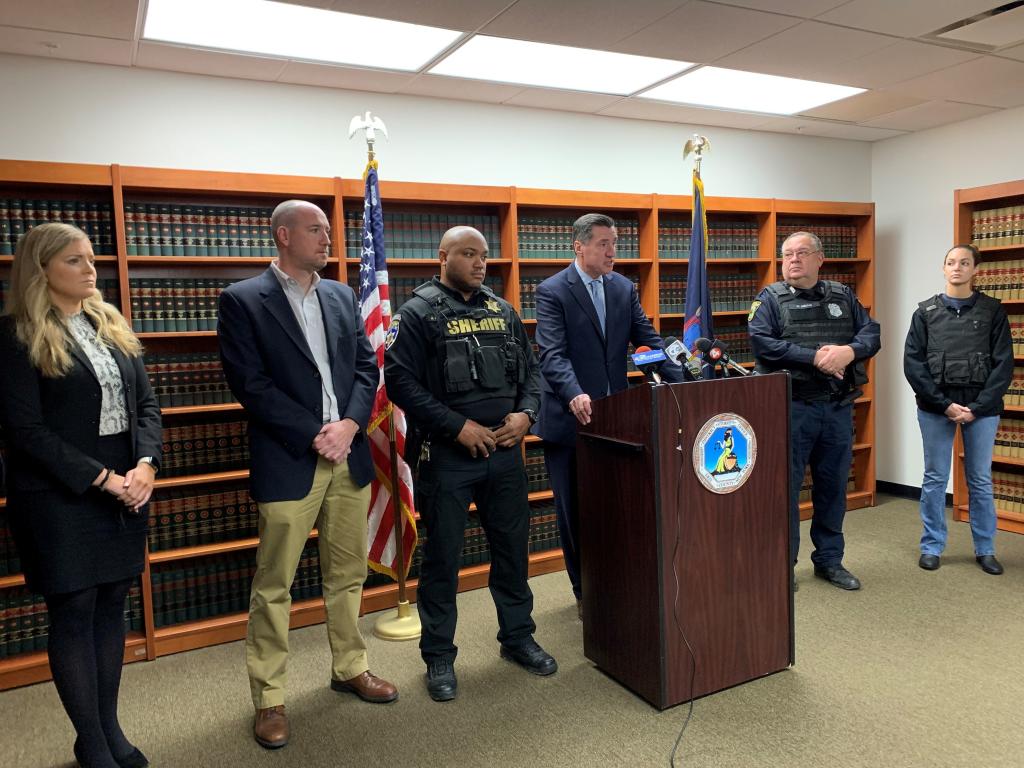 It is alleged that on Friday, October 9, 2020, the defendant, who was the subject of an investigation led by the Erie County Sheriff’s Office, was arrested during a traffic stop in the Town of Clarence. A search warrant was executed at the defendant’s residence on Bailey Avenue in the City of Buffalo where an illegal firearm and a quantity of cocaine, heroin and fentanyl was allegedly recovered.

Investigators also allegedly found five dogs, believed to be used for fighting, in inadequate conditions inside the home. Two additional dogs were inside the defendant’s vehicle at the time of his arrest.

All seven dogs were placed into the care and custody of the SPCA Serving Erie County. The dogs underwent several evaluations, but ultimately were euthanized after being deemed too unsafe for rehabilitation and adoption.

“In addition to being in possession of potentially deadly narcotics and illegal guns, this defendant is accused of using cruel methods to train these dogs to become dangerous animals. This case highlights the tragedy of these underground, illegal activities. I am pleased to announce that this defendant has been arrested after being wanted on a warrant for nearly a year, so my office can proceed with prosecution. I want to thank the SPCA Serving Erie County for their work in this case and other animal cruelty investigations,” said Erie County District Attorney John Flynn.

“At the SPCA Serving Erie County, we are exposed to many different types of cruelty, different acts of violence towards animals. However, the most barbaric and disheartening cases we see are cases of dog fighting. We commit ourselves each and every day to doing everything in our power to end this inhuman activity. Together with community members who support our work, other law enforcement agencies, and the District Attorney’s Office, we’ve been able to do more than ever before to help put an end to this uncivilized evil. There’s still much work to be done, but we’re thankful our community is headed in the right direction,” said Chief Communications Officer Gina Lattuca of the SPCA.

“We are grateful to the anonymous tips that led to the arrest of a convicted felon who was selling narcotics and operating illegal and cruel dogfighting matches. We are also appreciative of the Buffalo Police Department’s and The SPCA Serving Erie County’s role in the investigation, which brought an end to the narcotics dealing and cruelty to animals,” said Erie County Sheriff Timothy B. Howard.

Williams was initially arraigned in Buffalo City Court on October 10, 2020 on numerous felony charges. He was released after posting bail. When the defendant failed to appear for a return court date, a bench warrant was issued for his arrest.

Williams was arrested by US Marshals in the Atlanta, Georgia area. He waived extradition proceedings and was transported back to Buffalo last week.

Williams is scheduled to return on Monday, November 8, 2021 at 2:00 p.m. for an attorney appearance. Judge Boller remanded the defendant without bail.

If convicted on all charges, Williams faces a maximum of 25 years in prison.

DA Flynn commends the Erie County Sheriff’s Office and the SPCA Serving Erie County for their work in this investigation. Flynn also commends the US Marshals and the New York State Division of Parole who assisted in locating and transporting the defendant back to Western New York.

The case is being prosecuted by Assistant District Attorney Megan Mahoney of the Animal Cruelty Unit.