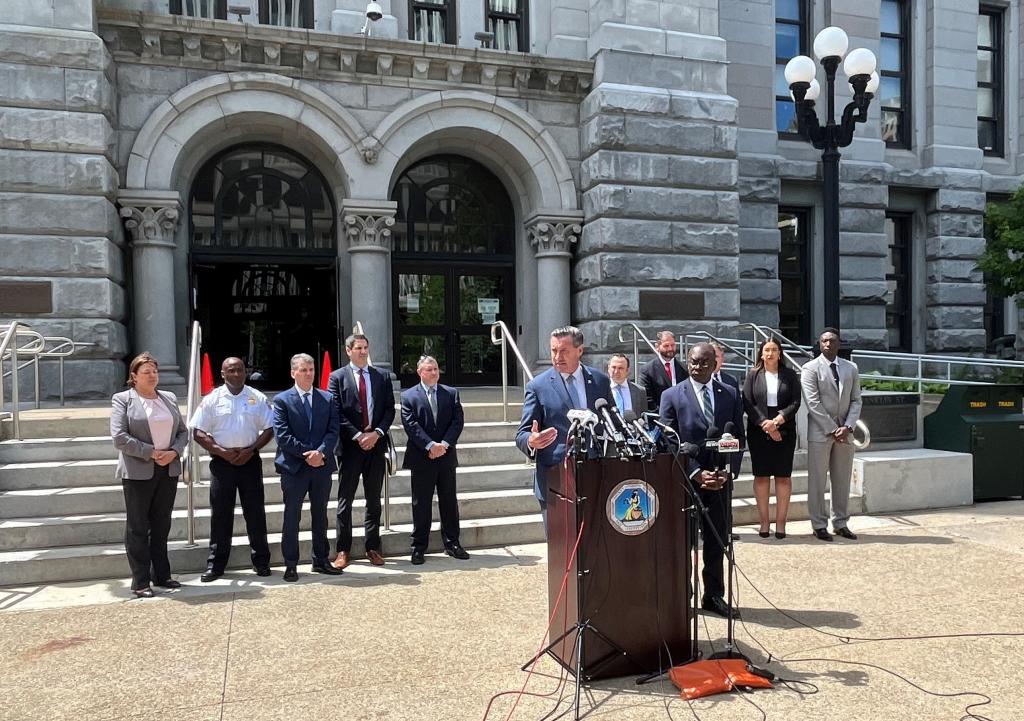 It is alleged that on Saturday, May 14, 2022, the defendant, with the intent to cause the death or attempt to cause the death of five or more people in whole or in substantial part based on the perceived race of such persons, intentionally shot 13 people with an illegal assault weapon. Ten victims died from their injuries. Three victims were injured by gunfire, but survived the attack.

Gendron is scheduled to return on Thursday, July 7, 2022 at 2:00 p.m. for further proceedings. He continues to remain held without bail.

If convicted of the highest charge, Gendron faces maximum sentence of life in prison without parole.

DA Flynn commends the Buffalo Police Department, Erie County Sheriff’s Office, New York State Police, FBI, ATF and all other assisting local, state and federal law enforcement agencies for their work in this extensive investigation. DA Flynn also commends Homicide/Victim Witness Protection Case Manager Kimberly Rapp for providing ongoing support to the families of the victims and the survivors of this tragedy. DA Flynn also recognizes Chief Danielle N. D’Abate of the Community Prosecution/Training Bureau and the numerous government agencies, community organizations, volunteers and all who have helped the people in our community who have been affected by this tragedy and the continued closure of the Tops Friendly Markets on Jefferson Avenue.