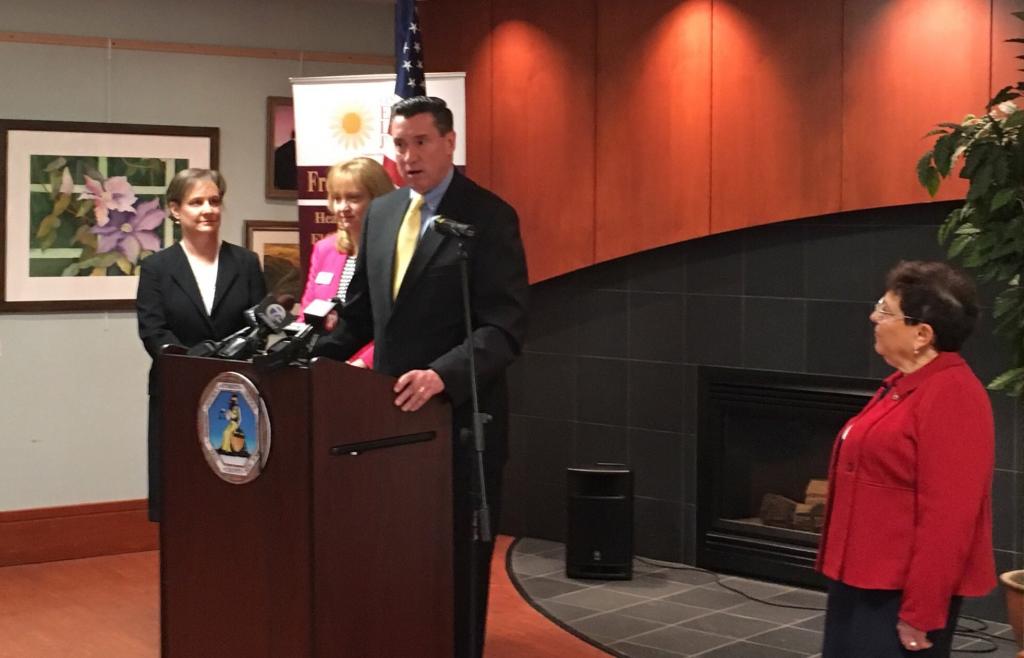 E-MDTs are a partnership among public, profit and non-profit organizations, with the goal of working collaboratively to improve the process of protecting victims of financial exploitation and abuse, as well as improve the outcomes of complex elder abuse cases. Erie County’s E-MDT is coordinated by social worker Kathy Kanaley of Center for Elder Law & Justice, and includes the Erie County District Attorney’s office and representatives from Erie County Adult Protective Services and Senior Services. The addition of a forensic accountant to assist in the accounting of stolen funds, and a geriatric psychiatrist to help with determinations of capacity, is what makes it an “enhanced” model for elder abuse case coordination.

Erie County Adult Protective Services reported receiving 1600 referrals involving elder abuse for investigation in 2016. It is estimated that only 1 in 24 cases of elder abuse are ever reported.

By working collaboratively, the group hopes to offer a coordinated, person-centered approach. The E-MDT meets at least once a month to discuss cases, develop service plans and assign action items. While the primary goal is to ensure the safety of elder abuse victims, the E-MDT also seeks to reduce risk of future abuse, recover stolen assets and pursue criminal prosecution in appropriate cases.

Center for Elder Law & Justice received funding from Lifespan of Greater Rochester to implement the E-MDT in Erie County. Funded through the New York State Office for the Aging, Lifespan served as one of two pilot locations for E-MDTs in New York State, serving seven counties and reported positive results.

“This collaboration will help our office spot and aggressively prosecute those who prey on these vulnerable members of society,” says Erie County District Attorney John J. Flynn. “The sooner we can take action, the easier it will be to get justice for these elderly victims.”

“This partnership pulls together recognized leaders and community advocates to join in the fight against elder abuse. Our goal for the E-MDT in Erie County is to provide victims with the full services needed to help them escape and recover from abuse, as well as reduce their risk for further abuse.” says Karen Nicolson, Esq., CEO, Center for Elder Law & Justice.

Ann Marie Cook, CEO of Lifespan of Greater Rochester says, “Lifespan is thrilled to partner with Center for Elder Law and Justice in developing E-MDT’s throughout Western New York. Lifespan has been implementing this successful model for a few years. We have been able to secure court ordered restitution to older victims in the amount of over $1 million. Lifespan’s goal is to ensure that every community in NYS has an operating E-MDT to assist older victims of financial exploitation. The Center for Elder Law and Justice is the perfect organization to operate this model in the Western NY region.”

Erie County Sheriff Timothy B. Howard says, “In recent years, law enforcement has witnessed a staggering increase in the financial exploitation and abuse of seniors and adults with disabilities. Easily victimized by family, friends and strangers alike, it is imperative that seniors are appropriately protected against not only financial loss but the loss of trust, sense of security and independence. Proper planning and open communication can be key to protecting our elder loved ones.”

CELJ is a nonprofit agency, incorporated in 1978, that provides free legal services to seniors and low-income individuals in eight Western New York counties. The agency has a staff of lawyers, paralegals and social workers who work tirelessly to ensure access to justice for their clients. The E-MDT coordinator is a social worker at CELJ.  CELJ’s Elder Abuse Prevention Unit assists its clients in obtaining orders of protection, revoking powers of attorney, safety planning and recovering stolen funds. CELJ can be contacted by calling (716)-853-3087.

The Adult Protection component of the Erie County Department of Social Services provides a variety of specialized protective services to vulnerable adults, ages 18 and older whose condition or circumstances make them vulnerable to abuse, neglect, and exploitation by others.  Any concerned person, family member, friend, neighbor, law enforcement officer, health professional, clergy or financial institution employee who observes an individual having difficulty in providing for their most basic needs; such as food, clothing, shelter, medical care, or personal safety are urged to call Adult Services at (716) 858-6877 to inquire about making a referral.