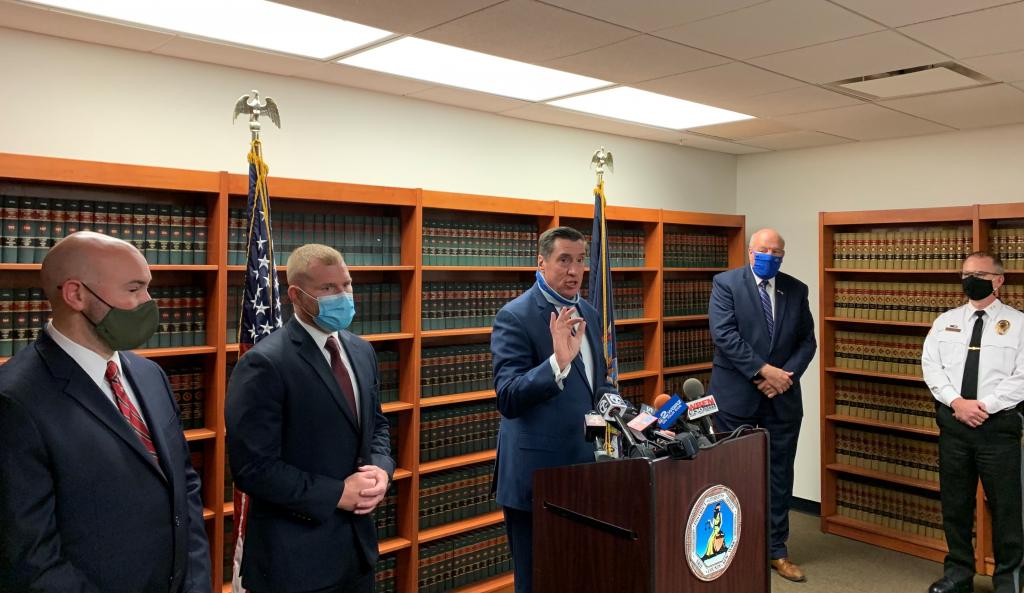 Erie County District Attorney John J. Flynn announces that four defendants were virtually arraigned today before State Supreme Court Justice John L. Michalski on indictments charging them with various felony offenses for their roles in two separate homicides that occurred in the Town of Tonawanda and the City of Buffalo.

It is alleged that during the early morning hours of Tuesday, August 27, 2019, the three defendants, working in conjunction with one another, caused the death of Danielle Cretacci in the course of a robbery. Defendants Green and Rodriguez are accused of unlawfully entering a home on Ebling Avenue in the Town of Tonawanda where they allegedly shot 31-year-old Danielle Cretacci and her two daughters. Cretacci was killed in the attack. The children, who were ages 8 and 11 at the time of the incident, were shot in the torso, but survived their injuries. A sum of money from a worker’s compensation settlement was allegedly stolen.

All three defendants were held without bail. A return court date has not been scheduled at this time.

Ernest B. Green, Jr. 38, of North Tonawanda, Sharee Bailey, 28 of, Buffalo and Wayne Robbins, 24, of Town of Tonawanda were indicted on the following charges:

It is alleged that on September 27, 2019, the three defendants, working in conjunction with one another, caused the deaths of 31-year-old Bethany Malloy and 26-year-old Shaquiel St. John in the course of a robbery. The defendants allegedly killed the victims by shooting them inside a home on Merrimac Street in the City of Buffalo. A sum of money was allegedly stolen.

All three defendants were held without bail. A return court date has not been scheduled at this time.

If convicted on all charges, each face a maximum of life in prison without the possibility of parole.