Erie County, NY Department of Health » eCigarettes Can Be Fatal to Children & Pets; When Ingested, Liquid Nicotine Can Lead to Death

eCigarettes Can Be Fatal to Children & Pets; When Ingested, Liquid Nicotine Can Lead to Death

eCigarettes Can Be Fatal to Children & Pets

When Ingested, Liquid Nicotine Can Lead to Death

ERIE COUNTY, NY—During this time of holiday gatherings and family visits, Dr. Gale Burstein, Erie County Commissioner of Health, reminds residents to be vigilant should any of your guests or visitors use eCigarettes.

eCigarettes or “vaping” uses bottles or vials of liquid nicotine.  The vials of nicotine can be attractive to children with their bright colors and fragrant flavors that sound like candy: chocolate, butterscotch, bubble gum, strawberry, watermelon, grape and pineapple to name just a few. These “e-liquids” or “e-juices” are powerful neurotoxins. Tiny amounts, whether ingested or absorbed through the skin, can cause vomiting and seizures and even be lethal. 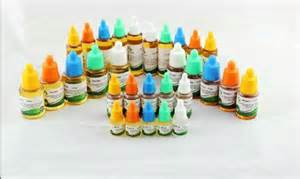 Burstein continued:  “Parents need to be aware that friends or family that they visit with during the holidays may be using eCigarettes that are filled with liquid nicotine. A teaspoon of even highly diluted e-liquid or e-juice can kill a small child. Many of the accidental poisonings that have been reported in the United States have been traced to the problem of adults being unaware of the risks of having these liquids near children and being careless with control of the vials of liquid nicotine. Tragically, the death in Fort Plain, New York of a one-year old just two weeks ago has been attributed to the ingestion of liquid nicotine.”

In addition, unlike nicotine gums and patches, e-cigarettes and their ingredients are not regulated by the Food and Drug Administration (“FDA”) at this time. Until proposed FDA regulations go into effect, precautions like labeling and childproofing liquid containers are not required.

The nicotine levels in e-liquids can vary with the majority at between 1.8% and 2.4%. At this level of concentration, it will cause sickness in a child, but rarely death. However higher concentrations, such as 7.2% or 10%, are widely available on the Internet. As quoted in a New York Times article “Selling a Poison by the Barrel: Liquid Nicotine for E-Cigarettes” (Matt Richtel, March 23, 2014) [1] “A lethal dose at such levels would take “less than a tablespoon,” according to Dr. Lee Cantrell, director of the San Diego division of the California Poison Control System and a professor of pharmacy at the University of California, San Francisco. “Not just a kid. One tablespoon could kill an adult,” he said.