ERIE COUNTY, NY—The Erie County Medical Examiner’s office reports a recent increase over the past month in the number of suspected drug overdose deaths involving the drug fentanyl, either alone or in combination with other drugs such as heroin and cocaine.

Fentanyl is a prescription synthetic opiate analgesic used for the treatment of severe pain. Overdoses from narcotic painkillers like fentanyl can be extremely serious with long-lasting, if not fatal, consequences.

“There has been a recent increase in toxicology results from overdose victims where fentanyl has been identified. This trend may indicate that a more potent form of the drug is being sold, leading to these deaths. Users may be unaware of the danger of abusing fentanyl, especially when it is mixed with heroin,” said Erie County Health Commissioner Dr. Gale Burstein. “Fentanyl is 50 to 100 times more potent than morphine, which many people do not realize.”

In its medicinal form, fentanyl is a slow-release prescription drug administered by patch or lozenge.  Illegal drug manufacturers have created a powdered version of the medication, which is similar in appearance to and virtually indistinguishable from heroin. As such, when illegally manufactured fentanyl is unknowingly used at the same dosing as heroin, it will most likely result in death.

“When a drug is manufactured illegally in unregulated surroundings, the potency of the drug is not known and can vary widely. This variability in strength can be a major factor in users overdosing on fentanyl,” added Burstein.

The symptoms of a fentanyl overdose can include:

Once fentanyl overdose symptoms begin, it is critically important to get the user emergency medical assistance as soon as possible. 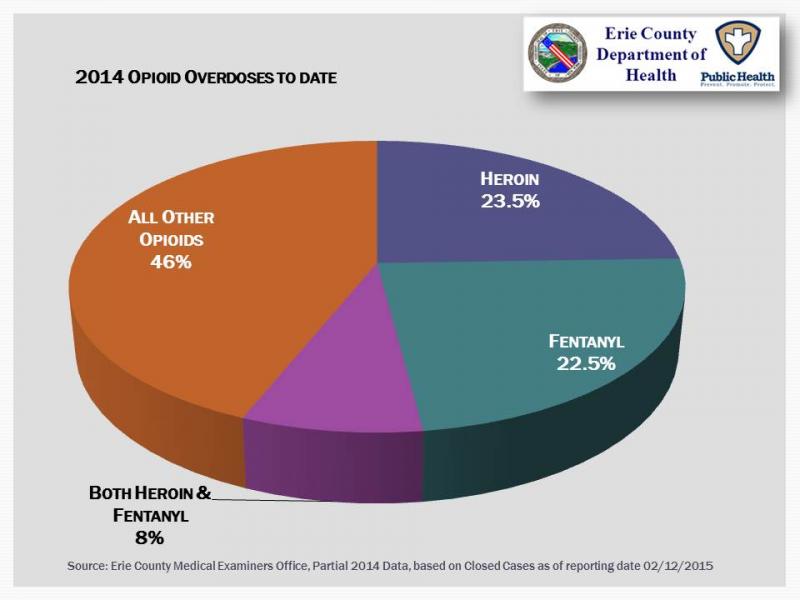 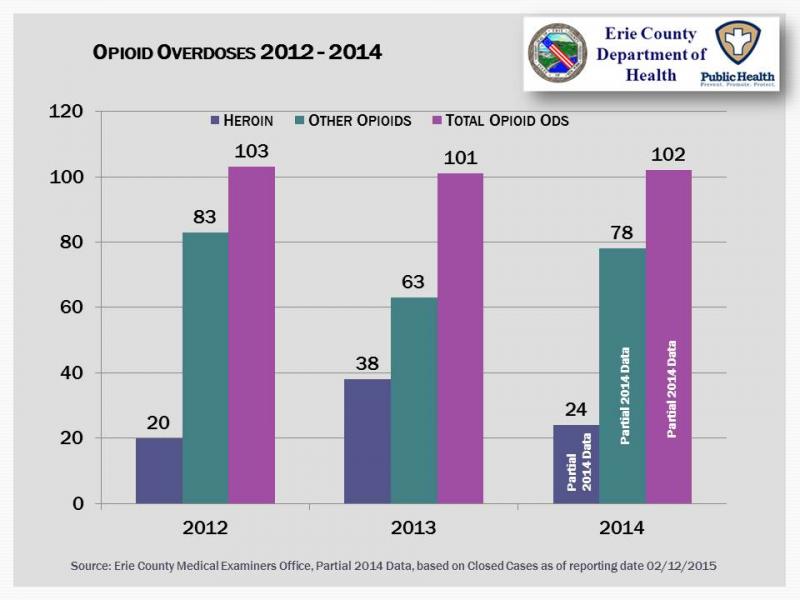