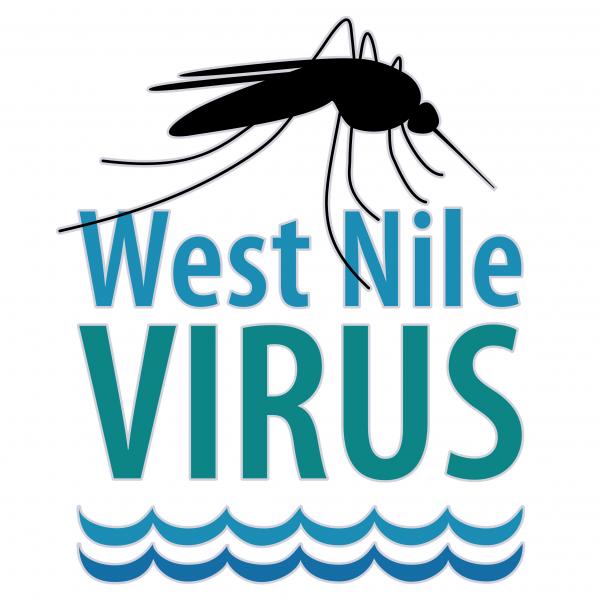 New York State has reported 16 other human WNV cases through September 16, 2017. WNV is a mosquito-borne illness that is transmitted through a bite from an infected mosquito. There are no medications to treat or vaccines to prevent WNV infection.

Fortunately, the majority of individuals infected with WNV do not develop any illness. Approximately one in five people who are infected will develop a fever with headache, body aches, joint pains, vomiting, diarrhea, or rash. Most people with this type of WNV disease recover completely, but fatigue and weakness can last for weeks or months. Less than 1% of infected people will develop a serious, sometimes fatal, illness affecting the central nervous system such as encephalitis or meningitis. People over the age of 60, and those with certain medical conditions, such as cancer, diabetes, hypertension, kidney disease and people who have received organ transplants, are at greater risk for serious illness from WNV.

“This is our first human case of WNV in Erie County since October 2012,” said Dr. Gale Burstein, Erie County Commissioner of Health. “The risk of contracting WNV mosquito bite still exists and will continue through the first heavy frost.”

Late summer and early fall is the point when the risk of West Nile to humans is highest, so it is important for residents to take steps to reduce mosquito bites by covering exposed skin when mosquitoes are active and using insect repellent.

Burstein added: “I want to remind Erie County residents, as we enjoy a warmer than normal fall, mosquitoes will remain a threat until much colder weather arrives. The key is to minimize mosquito exposure by: limiting outdoor activities at times of high mosquito activity (dusk and dawn), covering as much skin as possible with clothing when going outdoors and using an effective insect repellant that contains 25-30% DEET on exposed skin. By taking a few simple steps, you can reduce your risk of mosquito bites and possibly contracting a mosquito-borne disease like WNV.” 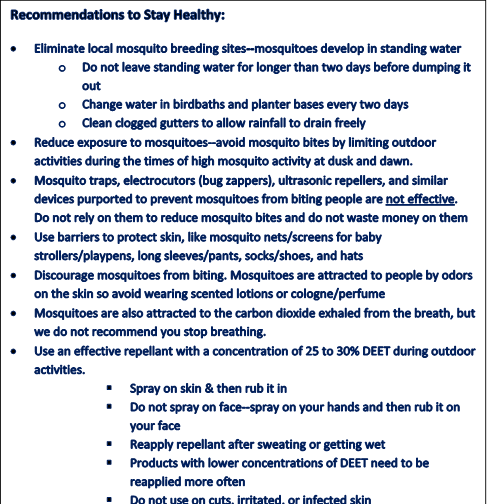 When a property is in violation, ECDOH works to remedy the situation in the long term with the property owner, as well as apply larvacide (mosquito larvae growth inhibitor) to temporarily protect the public and surrounding neighborhoods in the short term. To place a complaint, contact ECDOH Vector Control at 716-961-6800.