Graduation, Parties & Summer--Can Be A Dangerous Combination for Teens

Can Be A Dangerous Combination for Teens

ERIE COUNTY, NY— It is that time of year when seniors graduate from high school and move on to the next phase of their lives. Celebrations and summer parties are abundant where alcohol may be served to graduating students. Underage drinking is a serious public health problem in the United States. Alcohol is the most widely used substance of abuse among America’s youth, and drinking by young people poses enormous health and safety risks.

More than half of American youths ages 12 to 20 have tried alcohol. Girls are nearly as likely as boys to experiment with drinking. Underage and binge drinking is risky and can lead to car accidents, violent behavior, alcohol poisoning, and other health problems. Drinking at a young age greatly increases the risk of developing alcohol problems later in life. Talking to kids early and openly about the risks of drinking can help reduce their chances of becoming problem drinkers. 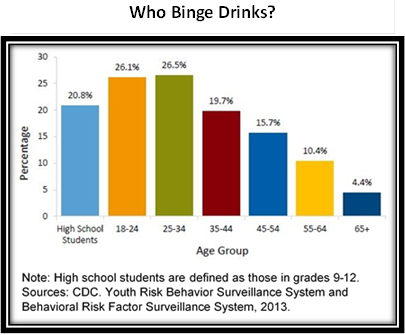 According to the Centers for Disease Control and Prevention (“CDC”) nearly 25% of New York State high school seniors report recent binge drinking (drank 5 or more drinks of alcohol in a row). Binge drinking is the most common, costly, and deadly pattern of excessive alcohol use in the United States.

Adolescence is a time of heightened risk-taking and as alcohol and drugs enter the picture, parents are faced with a unique set of challenges. Parents can take an active role in learning about alcohol and drugs and helping their kids do the same and engage in smart choices.

Unfortunately, many teens find easy access to alcohol because it is available unsecured in their home. In others, parents allow their teens and possibly even their friends to drink while under their supervision.

"Parents allowing underage teens to drink under their supervision are under a dangerous misperception," said Dr. Gale Burstein, Erie County Commissioner of Health. "Injuries and car accidents after parent-hosted parties remind us that no parent can completely control actions of intoxicated youth, during or after a party. This sends a message to teens that drinking illegally is okay."

Parents should strongly discourage and disallow underage drinking. “Drinking is not a rite of passage. Fatal car accidents, injuries and assaults, and irreversible damage to the brain are not rites of passage for any child." added Burstein.  Healthcare providers should also counsel parents on the health risks of alcohol use.

Article: Most Teens Get Alcohol from Parents and Friends