Erie County, NY Department of Health » Summer Rabies Precautions: Eek! A Bat! What Do I Do?

Summer Rabies Precautions: Eek! A Bat! What Do I Do?

From the Office of the Commissioner of Health Dr. Gale Burstein

ERIE COUNTY, NY — Finally, summer is here bringing warmer days and sunshine. Unfortunately, it is also the most likely time of year for an individual to be bitten by a bat.

Many species of bats live in Erie County and any of them can carry rabies. Rabid bats frequently lose their ability to fly, or to fly well. They may be found on the ground or in water such as a lake or pool, making them more likely to come into contact with people or pets. A bat that has rabies will only be aggressive rarely. A healthy bat typically avoids any contact with humans or animals and usually will not be found resting on the ground. Bats with rabies are often disoriented which increases the likelihood that they will end up inside a structure by accident. 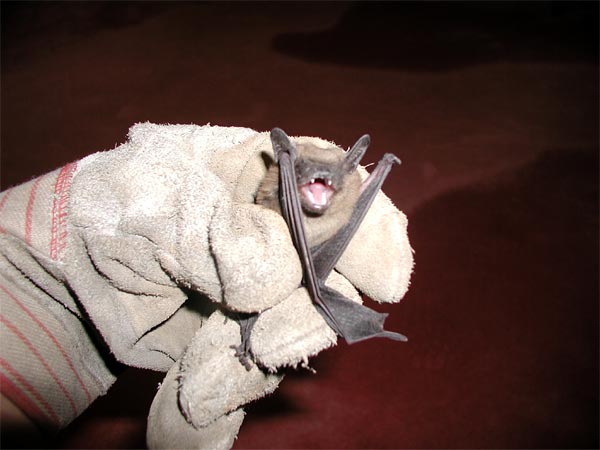 “Rabies is transmitted when an infected bat bites or scratches a person's skin,” said Erie County Health Commissioner Dr. Gale Burstein. “Bat bites may not be noticed because bat teeth are very tiny and razor sharp. Examining a person for evidence of a bat bite is unreliable, because a bat bite can be no bigger than a needle prick. Therefore, any direct contact with a bat should be considered a possible rabies exposure.”

Bats flying overhead, and bats that have not had direct contact with humans or animals, do not pose a risk for transmitting rabies. If someone wakes up to find a bat in the room, or a bat is found in the room of an unattended small child, an intoxicated or mentally incapacitated person, or a family pet, the possibility exists that a bat bite, scratch -- or direct contact -- may have occurred.

“Bats should be captured only if there has been direct contact with a person or pet or if the bat was found in the vicinity of someone who might have been exposed. Once these bats are captured, they should be tested for rabies infection,” stated Peter Tripi, Senior Public Health Sanitarian.

“Do not release a live bat or throw out a dead bat that has bitten or scratched, or had direct contact with a person or pet, unless the ECDOH has told you that it will not be necessary to test the bat. Take care not to injure the bat’s brain, as that is what will be tested for the rabies virus.”

In 2014, there were 20 rabid bats identified in Erie County which accounted for 67% of all the rabid animals in the county. To date in 2015, 6 rabid bats have been found in homes, accounting for 42% of all the animals positive for rabies.