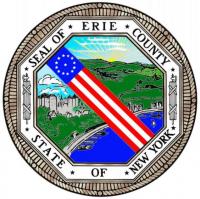 The Erie County Legislature has begun to review the County Executive’s proposed 2015 budget, and the Chairman and Vice Chairman of the Finance and Management Committee say their focus is on identifying opportunities to cut taxes.

“I believe we can do better for the taxpayers of Erie County than what has been proposed by the county executive. Our focus should be on cutting taxes and delivering savings to taxpayers, not just holding the line. The Legislature just received the budget and members are still in the process of reviewing the specific allocations. I believe there are opportunities to reduce spending and, in turn, deliver a tax cut. During the next several weeks we will be drafting our amendment package to adjust the proposed 2015 budget,” said Majority Leader Joseph Lorigo, Chairman of the Finance and Management Committee, which oversees the budget.

With the budget now in the Legislators’ hands, meetings will be held to discuss the budget as the Legislature proposes its amendments. Final approval of the budget is expected in December, following a public hearing.

“This is the first budget under the new Republican-led Legislature and we are committed to crafting a revised budget that attempts to cut taxes. In previous years, we heard opposition from the administration when we cut a proposed tax increase. Threats were made that the cuts would destroy services. That simply wasn’t true. We can deliver quality services while giving residents some relief on their tax bill. It is going to take some work but we have to shift our thought process and focus on making real cuts, not just maintaining the status quo,” said Legislator Edward Rath, Vice Chairman of the Finance and Management Committee.