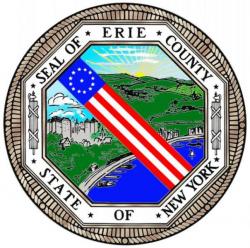 Erie County Legislature Majority Leader Joseph Lorigo and Legislator Lynne Dixon said they learned through social media that a recommendation for the commissioner of the Department of Social Services had been made. The County Executive announced he will recommend Al Dirschberger to lead the department.

“The process of finding the next commissioner for Social Services has been a difficult one, leaving this critical department under the direction of an interim commissioner for some time. My colleagues and I have been vocal in calling for an extensive search to find the best candidate to lead this department that serves our most vulnerable residents. Tragically, the department has failed individuals in need in the past,” said Legislator Dixon, Chairwoman of the Health and Human Services Committee. “As with any appointment, the Legislature has a process.  Dr. Dirschberger will be interviewed at my committee before the Legislature makes its decision. Because of the past issues surrounding this department and the important services it provides, we must be thorough in appointing someone.”

The recommendation was announced at 2:30 p.m. Wednesday, March 11, at which time the Legislature had not yet received any information.

“I have been calling for a new commissioner for almost a year.  The Legislature remains committed to working with the County Executive to alleviate past issues and appoint a highly qualified candidate who can lead DSS and protect the residents it serves.  I am hopeful that the Legislature receives information on the County Executive’s recommendation as soon as possible.  This will allow us to begin the process of reviewing his qualifications in order to get a commissioner in place, sooner rather than later,” said Legislator Lorigo.