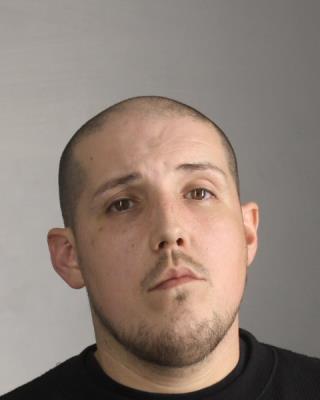 Deputies responded to the Transit Road pharmacy on December 25, around 2 A.M. for reports of a motion alarm, while checking the premises the Deputies discovered a hole in a common wall where the suspect is believed to have gained access to the store.  The Sheriff’s office believes Menkiena broke into the adjacent business and, when inside, he cut a hole in a shared wall to gain access to the pharmacy.  An inventory of prescription drugs revealed hundreds of prescription narcotic pills were taken.

Then, on January 4, Deputies responded to the same location for a second alarm call and upon their preliminary investigation it was determined to be a second burglary incident.  In this burglary incident, the subject forced his way into the pharmacy through an exterior door and stole bottles of oxycodone, pantoprazole, and Hydroxyurea.

Detectives gathered evidence from multiple sources which led them to Menkiena and, following the execution of a search warrant, the subject was arrested at his Niagara Falls residence.  The defendant is charged with multiple felony and misdemeanor counts; among the charges are three felony counts of third-degree burglary, one count of felony grand larceny, and one count of felony criminal mischief.

Menkiena posted bond and was released from the Erie County Holding Center on January 22.  The defendant is scheduled to be in Clarence Town Court on January 26.

Detectives believe Menkiena was selling the stolen narcotics on the street.  None of the stolen prescription narcotics were recovered.