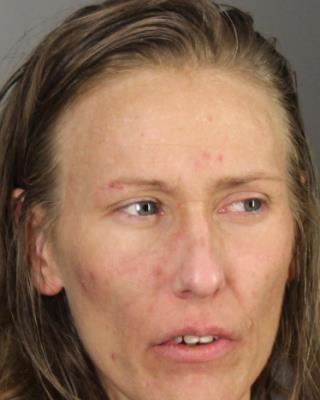 Following Arrest for Driving without a License, Crack Cocaine found on her Person at Holding Center

Buffalo, NY – Erie County Sheriff Timothy B. Howard reports a driver whose license is revoked was arrested following a traffic stop along Darling Road in the Town of Wales at approximately 11:20 p.m. on October 1.

Deputies stopped a vehicle on Darling Road for vehicle and traffic law violations.  During their investigation, Deputies discovered that 33-year-old Desirae Hebdon of Delavan did not have a valid New York State driver’s license.

Hebdon was arrested and charged with a misdemeanor count of aggravated unlicensed operation of a vehicle and a vehicle and traffic law violation.  The defendant was transported to the Erie County Holding Center pending her arraignment.

While being admitted to the holding center, Deputies discovered a container of crack cocaine and a crack pipe.  The defendant struggled with Deputies and tried to conceal the contraband.   Following this discovery and incident, Hebdon was charged with felony counts introducing contraband into a prison and tampering with evidence.  She was also charged with misdemeanor counts of criminal possession of a controlled substance and obstruction of governmental administration.

The defendant is being held at the holding center pending her court appearances.