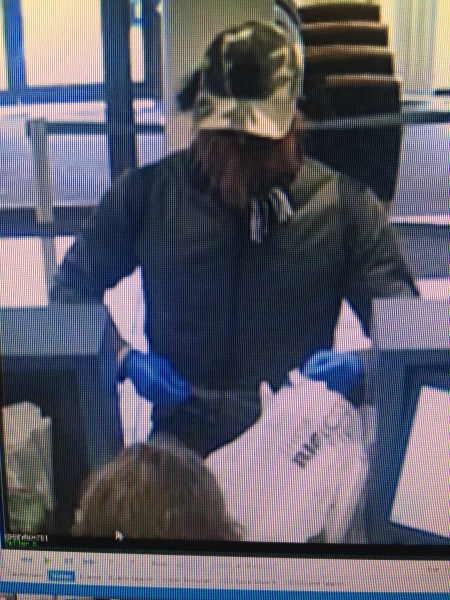 Buffalo, NY – Erie County Sheriff Timothy B. Howard reports the Sheriff’s Office responded to a robbery in progress at the Northwest Savings Bank at 2300 Grand Island Boulevard in Grand Island at 1:17 P.M.

A slender white male who was wearing jeans, a camouflage baseball cap, glasses, gloves, along with a black wig and brown mustache entered the bank.  He approached a teller, displayed a handgun, and demanded money.  He then left the bank with an indeterminate amount of money.

The subject is considered armed, and the public should not approach the individual.  There is a large police presence in the area, and people are urged to avoid the area.