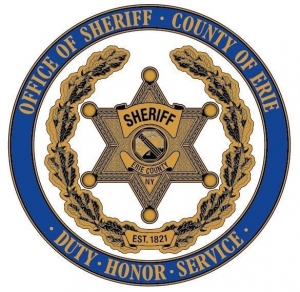 Both Security and Medical Divisions are now in Compliance

Buffalo, NY – Erie County Sheriff Timothy B. Howard announces the Sheriff’s Division of Correctional Health has reached “Sustained Substantial Compliance” with the United States Department of Justice (US DOJ) and its oversite committee.

In a recent inspection, audit, and proceeding exit conference conducted by the U.S. DOJ’s oversight committee, the committee determined the Sheriff’s Division of Correctional Health has met the guidelines and mandates of the stipulated order of dismissal, and the medical division is no longer under the direction of the U.S. DOJ.

Sheriff Howard stated, “This is a tremendous accomplishment by this office and the many sworn and civilian employees.  The Sheriff’s Office quickly gained compliance for the security operations, and now, within two and half years of taking over medical from the County’s Department of Health, we were able to gain compliance with the Division of Correctional Health.”

The Division of Correctional Health was required to achieve compliance in eighteen areas of medical standards.  Upon obtaining compliance, correctional health needed to maintain these standards for 18-months to meet the sustained substantial compliance threshold.

In 2014, the US DOJ deemed the Sheriff’s Office was in sustained Substantial Compliance for the security operations of the jails.  Then in 2018, the Division of Correctional Health gained substantial compliance.  Following this milestone, the U.S. DOJ continued its monitoring and oversite of the medical division, and on October 4, the committee deemed the Sheriff’s Office in sustained substantial compliance, hence ending the DOJ’s oversite.

The Sheriff’s Office has achieved sustained substantial compliance in both security and medical divisions under the Stipulated Order of Compliance.

“Our work securing the facilities and providing the inmate population with medical and addiction needs is ongoing,” said Howard.  “However, my office can expand its focus to additional programs that will address and reduce recidivism, expand our substance abuse programs, and work with the mental health department and the community to find innovative ways to treat a growing inmate population with diagnosed mental health problems.”

Erie County’s Stipulated Order of Dismissal with the United States Department of Justice has been in effect since 2011.  The order covered three areas of operation security, medical, and mental health.  The direction of the Division of Correctional Health was transferred from the Department of Health to the Sheriff’s Office in January 2017, and mental health responsibilities remain under the direction of the County.

Under the agreement, the monitors inspected the areas of operation every six months until the division or agency achieved “Sustained Substantial Compliance.”  The Stipulated Order of Dismissal will remain in place until all areas of function are in sustained substantial compliance.