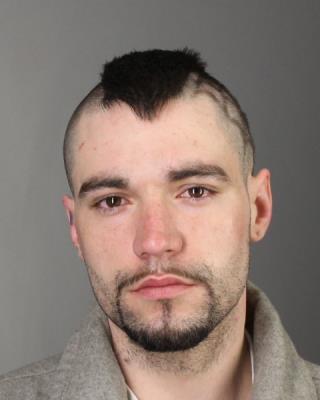 Buffalo, NY – Erie County Sheriff Timothy B. Howard reports that at approximately 1:40 P.M. on December 20, Deputies responded to an area near Main and Franklin streets in the Village of North Collins for reports of an individual who was wanted on outstanding warrants.

Deputies located the individual, identified as Joshua Bowers, and a female companion.  When the two suspects were approached by patrol, Joshua Bowers and 29-year-old Layna Jimerson of South Dayton fled the scene.  A short time later, a Deputy located Jimerson near Railroad Avenue and placed her in custody, but the Deputy was unable to locate Bowers.

Gowanda Police Department joined the search for Bowers.  About an hour after Bowers fled Deputies, Air-1 recorded a heat signature near Thiel Road.  Deputies and a K9 team located Bowers in a wooded area and apprehended him.

“This is a stunning example of great assets and tremendous Deputies working in concert to capture a subject who has been known to be armed and fight with law enforcement,” stated Sheriff Howard.  “The capabilities of Air-1 and the skill of its crew are vital to this community.  Whether it is rescuing two young boys from Zoar Valley, a man from the brink of the falls, fishermen stranded on the ice or searching for dangerous suspects, Air-1 and its long-term future remain a top priority of my office and should be one for this community.”

Jimerson was later released on appearance tickets, and Bowers is held at the Erie County Holding Center pending his arraignment.