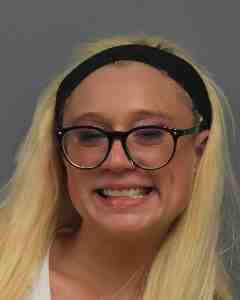 Driver was 3-Times the Legal Limit

Buffalo, NY – Erie County Sheriff Timothy B. Howard reports Deputies responded to calls about a hit-and-run crash that occurred at Main Street and Goodrich Road in the Town of Clarence on September 5 at approximately 8:41 p.m.

Deputies located the vehicle on Sheridan Drive near Clearview Drive and performed a traffic stop.  When asked to produce a driver’s license and registration, the operator handed over a store receipt.  While speaking with the operator, the Deputy detected the strong odor of alcohol and observed signs of intoxication.  The driver was administered standard field sobriety tests, which were failed.  The driver submitted to a breath test, which indicated a BAC level 3-times the legal limit.  Deputies also discovered three empty bottles of wine along with an insulated cup in the driver’s cup holder full of a liquid that smelled like wine.

Deputies arrested 26-year-old Casandra Mentecky of Buffalo and charged her with DWI – first offense, aggravated DWI – BAC of .18 or more, leaving the scene of a property damage accident, drinking alcohol in a vehicle on the highway, and an unsafe lane change.

Mentecky was released to a sober third party with tickets returnable to Clarence Town Court.