Larceny Suspect Who Fled From Deputies Arrested In North Buffalo 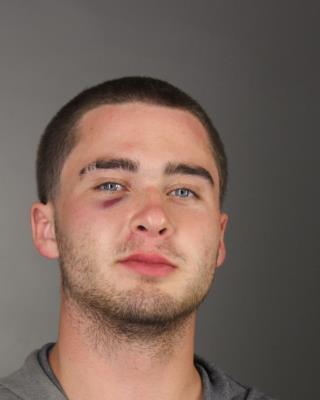 Buffalo, NY – Erie County Sheriff Timothy B. Howard reports the arrest of 21-year-old Deniro Bly following the investigation of multiple incidents over the past two weeks.

Just after 5 p.m. on June 19, Detectives located and arrested the suspect, without incident, along Hertel Avenue in the City of Buffalo.  Bly’s arrest ended a search, which began Monday after the defendant stole liquor from a store on South Cascade Drive in Springville.  While evading Deputies Bly is suspected of stealing a vehicle and committing a burglary in Elma.

Bly is charged with the following counts for incidents which occurred on:

“The Detectives and Deputies assigned to this case did an outstanding job in following through with these incidents,” said Sheriff Howard.  “They were relentless in pursuing the defendant, locating, and arresting him.  There is still more work to do, but this is a fine example of how good old police work resulted in the arrest of the prime suspect.”

The defendant is at held at the Erie County Holding Center, and the Sheriff’s Office continues to investigate other incidents where Bly is a suspect; additional charges may be filed.