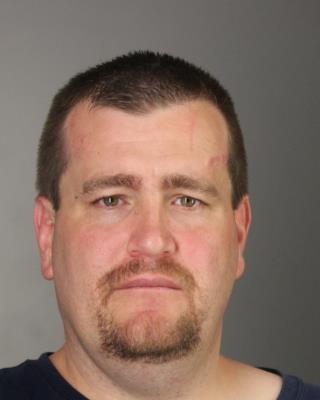 Buffalo, NY – Erie County Sheriff Timothy B. Howard reports Deputies with the Rath Patrol arrested 41-year-old Carl Korzkowski on June 12 after he was discovered to be carrying packages of fentanyl and then ran from the Deputies.

At approximately 10:16 A.M., the subject attempted to enter the Rath Building at the Department of Social Services entrance on Pearl Street.  The male failed to clear the metal detector and was screened by a Deputy.  The handheld detector sensed a metal object in a pants pocket.  Subsequently, the Deputy discovered four packages of fentanyl patches, and when the Deputy attempt to further the investigation, Korzkowski ran from the scene.

Korzkowski, of Buffalo, is charged with misdemeanor counts of resisting arrest and criminal possession of a controlled substance.  He was taken to the Erie County Holding Center and later released.