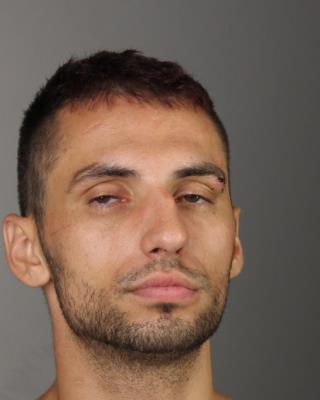 Buffalo, NY – Erie County Sheriff Timothy B. Howard reports that on August 7, Deputy Thurston responded to a Town of Collins residence for a burglary call.  The resident reported to the Deputy that a pistol, ammunition, and prescription medication were missing after an individual left the dwelling.

That same day, Deputies checked multiple addresses searching for 28-year-old Kyle King of Gowanda, but could not locate the subject.  On August 8, the Sheriff’s Office received information that King was at a Gowanda residence and Deputies located the subject and placed him into custody.  During a search of King and the residence, Deputies found heroin and a quantity of the same prescription pills taken from the August 7 incident.

King was taken to the Erie County Holding Center and was later released following court proceedings.