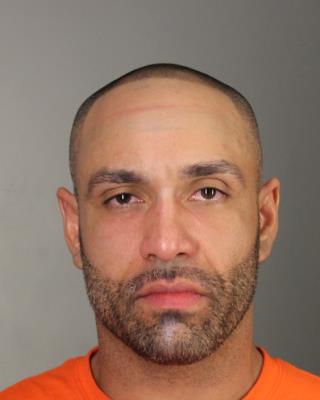 Team Effort Leads to the Arrest of Offender

At approximately 5:00 p.m., Sheriff’s Deputies responded to parking lot 4 for individuals who needed medical attention following an attack.  Victims described the offender, his apparel, and how the individual punched the hood of a vehicle then multiple people, causing one of the victims to lose consciousness.  The subject fled the scene through private lots, and Deputies were dispatched to locate the individual.

The Sheriff’s Aviation Unit, Air-1, assisted in searching for the subject.  The unit located an individual matching the description of the offender at an establishment at the corner of Abbott Road and Southwestern Boulevard.  Multiple Deputies responded to the location and detained the individual.  One of the victims identified Kervin Lopez as the individual who struck the vehicle and three individuals.

Lopez was arrested and charged with misdemeanor counts of 3rd-degree assault and attempted assault, 3rd-degree.  Lopez was transported to the Erie County Holding Center pending his arraignment in Orchard Park Town Court.  The defendant was released without bail following his court appearance.

Two victims were evaluated and treated by EMS at the scene, and the third victim, who lost consciousness, was transported to Erie County Medical Center for treatment and later released.