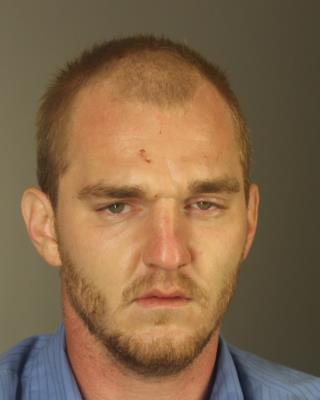 Buffalo, NY – Erie County Sheriff Timothy B. Howard reports Deputies with the overnight platoon made three DWI arrests where narcotics were involved in each of the arrests.

June 21, 6:21 P.M., Town of Clarence – Deputy Klemp responded to an accident after a rental box truck left the roadway and crossed four lawns and struck multiple trees along Transit Road.  Deputy Klemp observed signs of impairments and administered numerous standard field sobriety tests to the operator, Sean Murphy, 25, of Cheektowaga.  Murphy failed the field tests and a drug evaluation was performed by Deputy Zamorek, a Drug Recognition Expert.  Murphy is charged with Felony DWI-Drugs, a felony count of aggravated unlicensed operation of a vehicle, a misdemeanor count of using a leased vehicle without an interlock device, and five separate vehicle and traffic violations.

A search of the vehicle discovered a plastic bag with twenty-three Xanax pills.  The Deputies added a misdemeanor count of criminal possession of a controlled substance to the list of charges.

June 20, 7:40 P.M., Town of Alden – Deputy Zamorek initiated a traffic stop on Wende Road after observing vehicle and traffic violations.  Frank Panicali, 29, of Alden was evaluated by Deputy Biegasiewicz, a Drug Recognition Expert, and it was determined Panicali was impaired by drugs.  The operator was charged with DWI-Drugs and following a search which discovered a quantity amphetamine, Suboxone, and marijuana, the defendant, was also charged with two counts criminal possession of a controlled substance, one count of possessing a controlled substance not in the original container, and possession of marijuana.

Panicali was released on tickets for a future court date.

June 21, 2:29 A.M., Town of Clarence – Deputy Zamorek conducted a traffic stop on Newhouse Road for vehicle and traffic violations.  The operator refused to submit to breath tests and James Farrell, 34, of Clarence was arrested for DWI.  During a search, Deputies discovered a quantity of cocaine and subsequently charged Farrell with a class-A misdemeanor for criminal possession of a controlled substance.

Farrell was released on appearance tickets for Clarence Town Court.