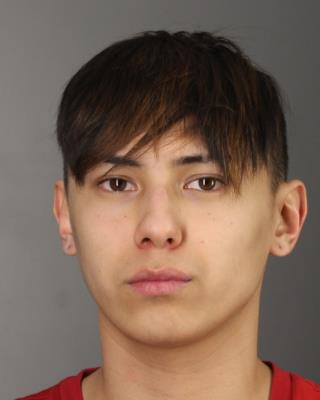 18 year old Stated He had a Gun

Buffalo, NY – Erie County Sheriff Timothy B. Howard reports Deputies responded to a parking lot collision October 22, which escalated into threats and violence and resulted in the arrest of an 18-year-old male.

At 7:35 P.M., Deputies responded to a disturbance call on North Buffalo Street in Springville.  Deputies spoke to the victim, a witness, and the subject and ascertained Kyle Keppler made verbal threats, stated he had a gun in his waistband, and attempted to kick out a vehicle’s window.  Deputies also discovered Keppler threatened the victim and attempted to rob the victim’s vehicle and cell phone following the collision.  Following a search of Keppler and his vehicle, no gun was discovered.

Keppler was arrested and charged with a felony count of attempted robbery and misdemeanor counts of menacing and unauthorized use of a vehicle.  The defendant is remanded to the Erie County Holding Center pending his arraignment.