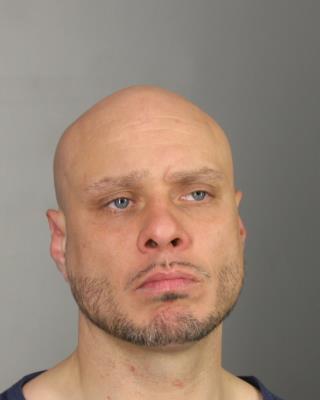 At approximately 12:25 A.M. on March 7, Deputies were dispatched to a Pineledge West address.  The complainant stated to Deputies that they observed a vehicle pull down the street, park the vehicle and turn off its lights.  Then someone was observed exiting the vehicle and running away.

After a brief search, a Deputy detained a male subject dressed in dark clothing and wearing latex gloves.  The Deputy tracked the subject’s footprints in the snow, which led to multiple vehicles throughout the neighborhood.  The Deputies discovered five vehicles were entered, but the owners determined nothing was taken.

35-year-old Keith Milks was arrested and charged with trespassing.  While processing the defendant, the Deputy discovered Milks is on parole for a grand larceny conviction, and the defendant’s parole officer was notified.

Milks is held at the Erie County Holding Center pending his arraignment in Clarence Town Court.

Deputies are continuing their investigation into this incident.