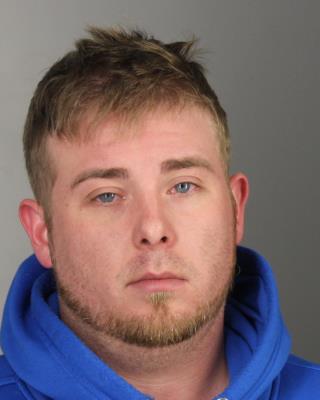 March 14, 9:33 P.M. - Town of Wales – After an investigation into a vehicle off the road report along Big Tree Road, 31-year-old Peter Baschmann of Elma was arrested and charged with DWI and a vehicle and traffic law violation for an unsafe lane change.  The defendant was released to a sober third party.

March 15, 9:32 P.M. - Village of Springville – Deputies responded to an incident where a vehicle operated by 55-year-old Patrick Koenig of Springville struck a light pole in a parking lot at 10 South Cascade Drive.  After their investigation, Deputies arrested and charged Koeing with a felony count of DWI – prior conviction, and a misdemeanor count of DWI.  The subject was processed and released on appearance tickets.

March 15, 10:15 P.M. - Town of Brant – Deputies initiated a traffic stop along Southwestern Boulevard for a speeding vehicle.  After the Deputies’ investigation and the subject failing multiple standard field sobriety tests, 29-year-old Brent Monroe of Carthage, NY, was arrested and charged with felony counts of DWI – previous conviction within 10-years, DWI - operating a vehicle with BAC .08 or more with a previous conviction, and aggravated unlicensed operation of a vehicle.

Deputies also discovered a small baggie containing cocaine, and Monroe was charged with a misdemeanor count of criminal possession of a controlled substance.  The defendant was also charged with vehicle and traffic violations for drinking alcohol in a vehicle on the highway, speeding, unsafe lane change, failure to keep right, and operating a vehicle without a license.

He was transported to the Erie County Holding Center and held pending his arraignment.

March 17, 11:43 P.M. - Town of Lancaster – After observing a vehicle and traffic violation, Deputies stopped a vehicle operated by 28-year-old Stacy Greiner of West Seneca.  Following an investigation and field sobriety tests, Greiner was arrested and charged with DWI – 1st offense, Aggravated DWI – a BAC .18 or more, and vehicle and traffic violations for failing to yield the right of way when entering a roadway, and driving to the left of pavement markings.  She was processed and released on appearance tickets.

March 17, 4:10 A.M. - Town of Clarence – Deputies initiated a traffic stop for a speeding vehicle along Main Street.  Subsequent to their investigation, Deputies arrested and charged 37-year-old Michael Lock of Clarence with misdemeanor counts of DWI – 1st offense, operating a vehicle with a BAC of .08 or higher, and aggravated unlicensed operation of a vehicle.  Lock is also charged with speeding and drinking alcohol in a vehicle on the highway.  The defendant was processed and released with tickets to a third party.