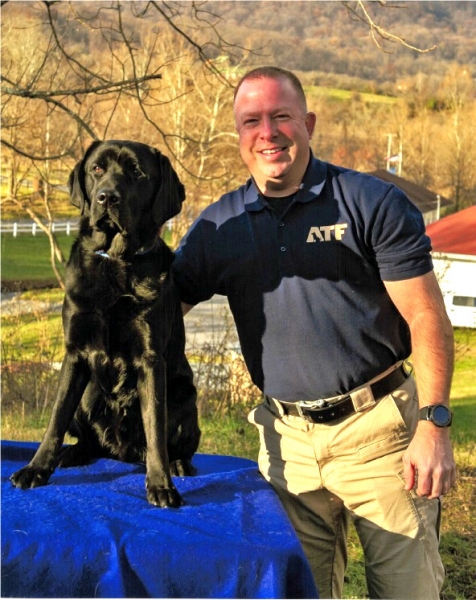 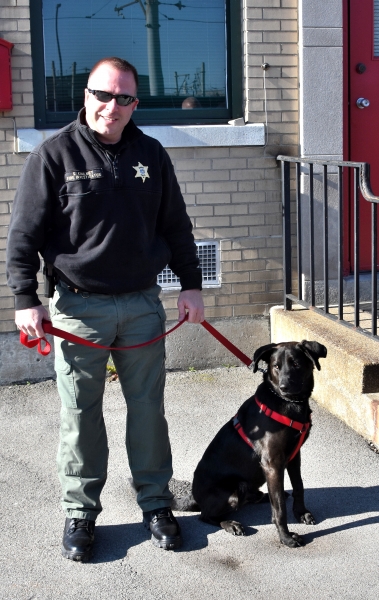 In an agreement with the ATF, the Sheriff’s Office acquired the new canine at no cost.  Detective Kuhlmey’s new partner, Clipper, is a 1-1/2-year-old purebred black Labrador retriever.  Clipper was raised in Texas and later transitioned to the Puppies Behind Bars program (www.puppiesbehindbars.com) before being acquired by the ATF for the accelerant detection canine program.

Clipper is now proficient in detecting specific classifications of ignitable liquids, and has performed over 5,000 repetitions for odor recognition and detecting during training.

In addition to assisting local law enforcement and fire companies with fire investigations, Detective Kuhlmey and Clipper will be part of the ATF’s National Response Team on Fire related callouts.

The Sheriff’s Office also announces the retirement of Axe, the agency’s current accelerant detection K9.  During initial training, another dog attacked Axe and he slowly became timid and nonresponsive during training.  Axe will retire with the Kuhlmey family and is a welcome addition to the family.

Axe was rescued from an animal shelter in the Albany area and was provided, at no cost, to the Erie County Sheriff’s Office by the New York State Department of Homeland Security Emergency Services Department in September 2017.