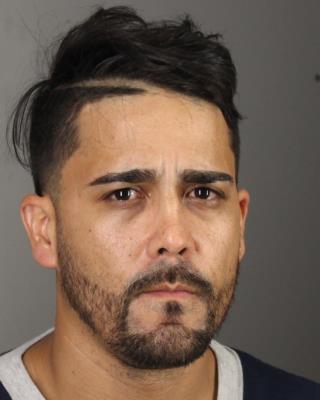 Over 45gm of Hydrocodone Pills and Stolen Pistol Recovered

Buffalo, NY – Erie County Sheriff Timothy B. Howard reports the arrest of a Buffalo man on felony drug and weapon charges on October 10 in the Town of Grand Island.

Just after midnight, Deputies initiated a traffic stop for vehicle and traffic law violations on Long Road at the I-190 interchange.  The Deputies discovered 35-year-old Christopher Pineiro was operating the vehicle with a suspended license.  The subsequent search of the individual and vehicle discovered a stolen loaded .45 caliber pistol secreted in Pineiro’s waistband.  They also discovered over 45 grams of hydrocodone pills, two methamphetamine pipes, and a bong.

Pineiro is being held at the Erie County Holding Center pending his arraignment in Grand Island Town Court.