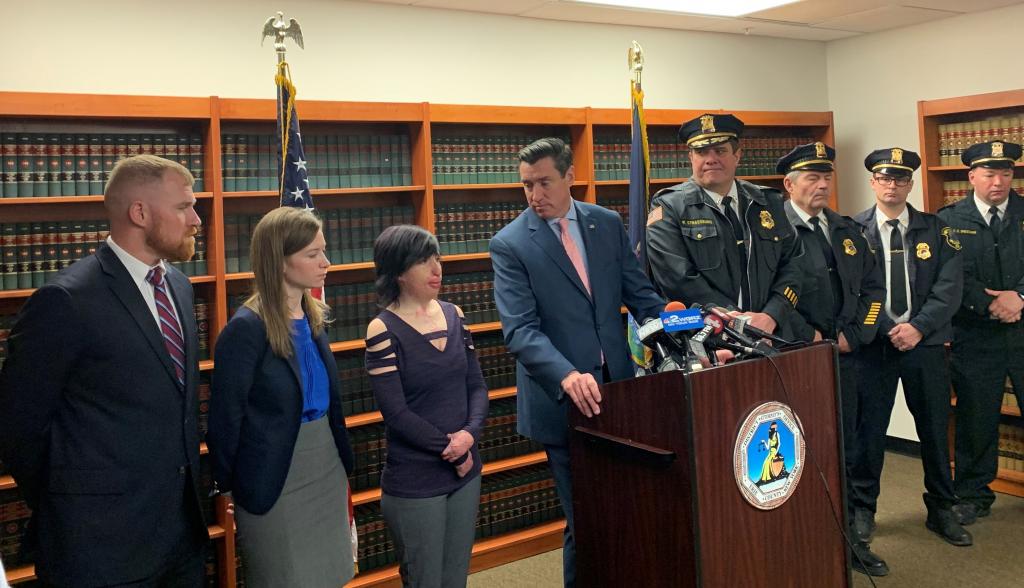 On December 17, 2018, at approximately 3:30 p.m., the defendant lured his former girlfriend to a secluded area outside of a Tim Hortons restaurant on Niagara Street in the City of Tonawanda. The defendant doused the victim with gasoline and set her on fire.

The victim suffered extensive burns to her face, head, and hands. She was hospitalized at ECMC in the Burn Unit for four months where she underwent a dozen surgeries. She continues to receive treatment for her extensive injuries.

A jury found White guilty, as charged, of one count of Attempted Murder in the Second Degree and one count of Assault in the First Degree, both Class “B” violent felonies. The jury rendered their verdict after 5 hours of deliberations following a one-week jury trial in October 2019.

In an addition to the sentence, Justice Montour issued a no-contact order of protection on behalf of the victim and her three children that will remain in effect until December 2051.

“This was one of the most cruel and unthinkable crimes that has ever been prosecuted by my office,” said Erie County District Attorney John Flynn. “The defendant’s actions were indisputable and I commend the victim for having the courage to testify against him in court. I hope she feels that justice has been served by this defendant being convicted on all counts and sentenced to the maximum term of imprisonment.”

DA Flynn commends the City of Tonawanda Police and Fire Departments for their rapid response to the attack and for preserving critical evidence at the scene as well as the Erie County Sheriff’s Office Fire Investigation Unit for their assistance in the investigation.