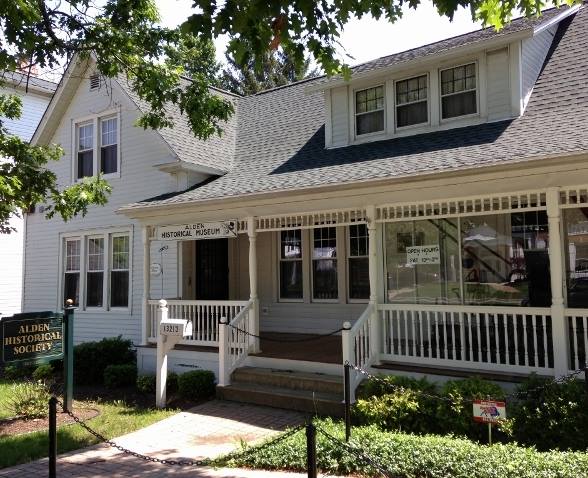 The mission of the Alden Historical Society, a volunteer supported group begun in 1965, is to protect, present and promote the history of the Town of Alden and its people.

The Society was organized on April 21, 1965 by a small group of interested citizens who felt the need to preserve the history of the community by the collection of artifacts and documents of historical significance, relative to the surrounding area.

In November of 1966, Walden Roberts purchased his late uncle’s home in the village and donated it to the Town of Alden to be used by the Historical Society.  The home was donated in memory of his wife, Frances Young Roberts, a charter member of the Society.  The group was able to hold its first meeting in the building in February 1967.

In 1971, a historical marker was placed at the site of the Original Black Water Baths, now St. Aidan’s Episcopal Church on Main Street.  In 1975, another marker was placed marking the site of Moffat’s Tannery, an early Alden business.  This site is now occupied by the Rite Aid Drug Store on Broadway. In recent years, additional markers noting the Town Line hamlet’s Civil war secession from the Union and the Presbyterian Church as first church established in Alden have been placed.

Over the years the collection of artifacts continued to grow and more display space and a meeting space were badly needed.  These needs were met in 1996 with the construction of a 1000 square foot addition at the rear of the original house.  The addition was named the “Ruth Davis Room” in 2006 recognizing Mrs. Davis’s nearly twenty years of service as the Society’s curator.

The building is open for public viewing the first and third Sundays of the month from 1 pm to 3 pm, March through December. Private or group tours may be arranged by calling (716) 937-3700. The many displays include:

Programs on a variety of historical topics are offered to the public on the second Thursday of the month, September-June.  These programs are both informative and interesting.  Many times a guest speaker is present.  Light refreshments are served.  These programs are usually held at the Alden Community Center on Main Street.  Check the Alden Advertiser for topic and location.

Membership in the Alden Historical Society is open to all. Annual dues are $12 per person, $20 per couple, $25 per family and $50 per business. For more membership information contact the Membership Chairperson at (716) 937-3700. 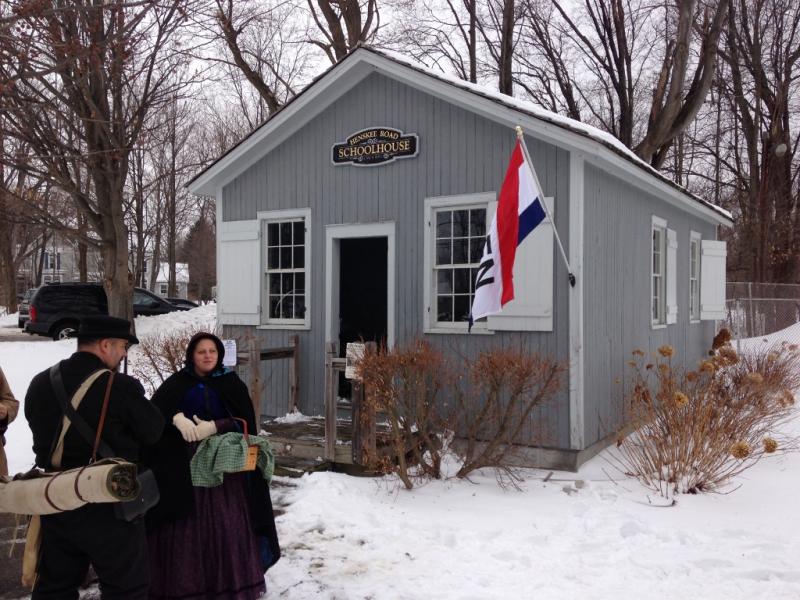 With the shutters open and simulated candles in the windows, the little schoolhouse looked awake and inviting to visitors to come and see a bit of local history.  Inside is laid-out with desks, slate boards, a  pot-bellied stove, and pictures of George and Martha  Washington and Abraham Lincoln