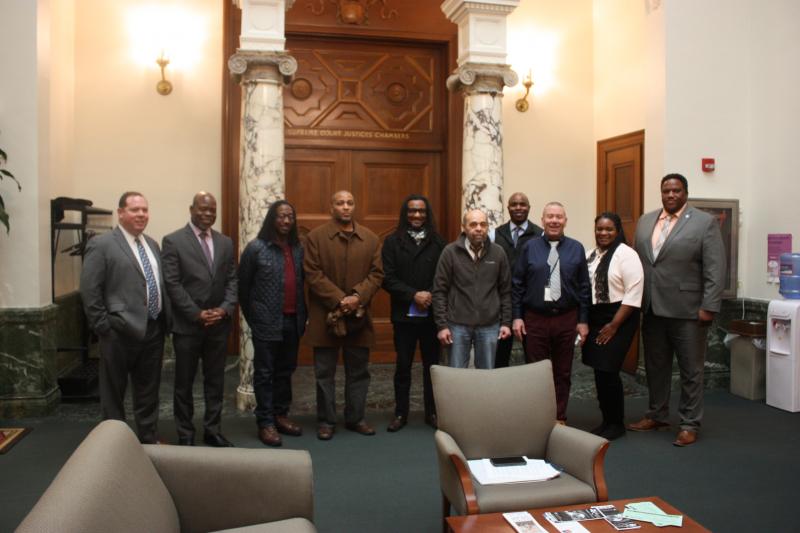 The City of Buffalo previously played in the Harvard Cup league but disbanded the organizational components to enter Section VI ten years ago. Both the Erie County Interscholastic Conference and the Niagara Frontier League refused entry. Focusing competition on the individual league organizations would disproportionately affect the Buffalo Public Schools as they would not have the ability to schedule enough games to qualify for playoffs.

Chair Baskin said, “Athletics are prime opportunities for our kids to develop important life skills like teamwork and collaboration. They also offer many students exposure to diverse cultures through competition. Section VI should be looking to expand that opportunity whenever possible, not segregate students from the City of Buffalo and prevent them from possibly achieving success in something so many are passionate about.”

Baskin’s resolution also called for increased representation for the City of Buffalo Public Schools (BPS) on the Section VI Board and Executive Committee. As it currently stands, only four out of thirty two spots are reserved for BPS representatives and there is none on the Executive Committee.  The resolution commended Section VI for suspending their decision on league play until the 2021-2022 season at the earliest, and also called for a more proactive role in the organization for the BPS.

Said Baskin, “It’s evident that the Buffalo Public Schools and Section VI Athletics need a more open dialogue and I hope this is just the start of a relationship that is built on fairness for all students in Erie County.” Members of the Fair, Free, and Equitable Athletics group were also in attendance for the session.