Audit under the authority of Comptroller Stefan I. Mychajliw Jr. also shows Personnel Department could not provide documentation on why other county workers received money for ‘other paid leave’ 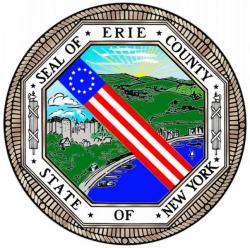 Erie County Comptroller Stefan I. Mychajliw Jr. announced the findings of an audit of the Personnel Department and paid leave. The findings, determined by a review of Department of Personnel records over an 18-month period, identified $105,000 in salary and benefits paid to 20 employees for them not to work.

These 20 county employees sat at home with full pay while on suspension or while a termination was appealed.  Nine eventually returned to work following a successful appeal of discipline.  Eleven were terminated.  All of these disciplined employees accrued vacation time and comp time while sitting at home collecting a county paycheck.

One of the recommendations from Comptroller Mychajliw is to have suspended county employees, if determined it is appropriate on a case-by-case basis, to be re-assigned to another work function or department so that they are working and not sitting at home collecting a paycheck.

Anyone found to be terminated inappropriately during their respective appeal and review returns to work and is paid for time lost. However, those terminated do not have to repay the county the money they received during their suspended paid leave.

“These suspended and fired employees should not be paid for bad behavior.  Put them to work instead of sitting at home collecting a paycheck.  Make them mop floors.  Clean garbage cans.  Answer phones.  Taxpayers footing the bill deserve better.  The other alternative: be tough when dolling out discipline.  If county employees want to sue for back pay if they are fired and brought back, fine.  Let them.  They’re getting the money right now anyway by sitting at home,” said County Comptroller Stefan I. Mychajliw.

The audit also found $147,000 in salary and benefits were paid to 61 employees within 13 different departments for “other paid leave” that was either: 1) not reported accurately 2) no documentation to show why these employees were out and getting paid 3) no clear explanation as to why these workers received “other paid leave.”

“Other paid leave” is considered time off for reasons other than sick time, vacation time, workers compensation or any formal request to take time off.  Numerous county departments did not even know as to when and how to exercise discretion when granting other paid leave to employees.

“The policies and procedures surrounding other paid leave need to be cleaned up.  They are not clear or concise.  Departments don’t even know how to properly grant this type of time off, let alone how to report and document it.  This could lead to rampant abuse where unscrupulous workers milk the system to stay home and get paid.  I am recommending that the Personnel Department correct this immediately,” concluded Comptroller Mychajliw.