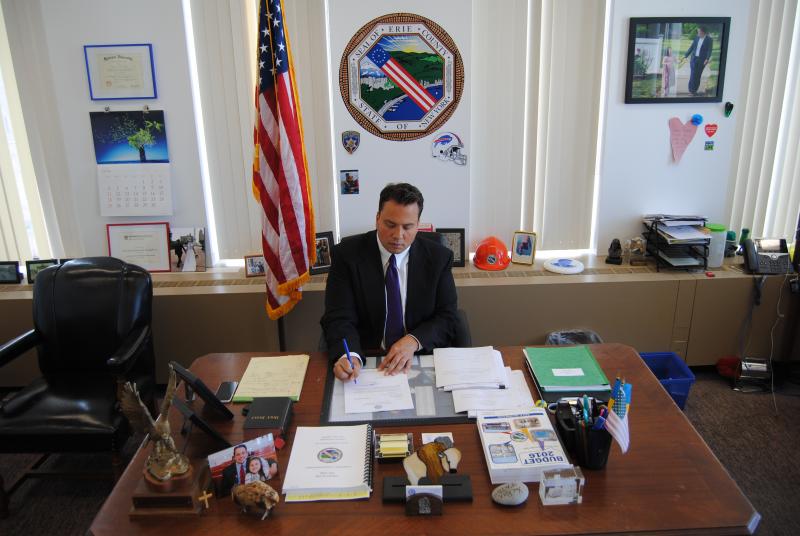 Low interest rates and a strong credit rating has created an opportunity to refinance debt, similar to refinancing a home.

(Buffalo, NY) – Erie County Comptroller Stefan Mychajliw submitted a resolution to the Legislature for refunding 2005 sewer bonds, which will save taxpayers roughly $2.7 million. Lower interest rates and an improved credit rating has created an environment where refunding these bonds will save taxpayers significant money. The cost saving measure, initiated by Comptroller Mychajliw, is similar to families refinancing homes at lower interest rates to save cash.

“As your CFO, I am proud to consistently save taxpayers millions of dollars through my numerous refinancing initiatives.  The process is similar to taxpayers refinancing their home mortgage to take advantage of the market.  My many reform initiatives, including consolidating the County’s banking business and increasing electronic payments to vendors, has saved taxpayers more than $10 million.”

“As for this refinancing, after bonds reach their call date, the County has an option to refund them at lower interest rates and that is what I chose to do in this case," added Comptroller Mychajliw.

In addition to the interest rates being dictated by the market, the County also has increased credit worthiness. The improved credit rating of the County allows for further savings on any kind of borrowing.

“These bonds were issues at the height of the ‘Red/Green Budget Crisis,’ which was a very tumultuous time for County finances. The rates we received back then were not as advantageous for us,” said Mychajliw.

Fitch Ratings, an international leader in credit ratings and research, gives Erie County an “A+” rating. At the time the 2005 bonds were issued, Erie County had a rating of “BBB-.”

"Each and every day, I work to save taxpayer money. I respect the County finances as if they were my personal finances. If there are savings to be found, I’ll find them, and pass those savings on to hard working families across Erie County," added Comptroller Mychajliw.

For a PDF of the Press Release, click here.