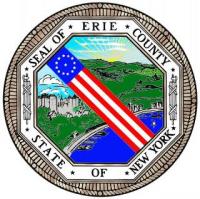 Erie County Legislature Majority Leader Joseph Lorigo would like to see Buffalo at the center of discussions that are taking place to bring Uber and other ride sharing services to Upstate New York. In a letter sent to New York State Assembly Insurance Committee Chairman, Assemblyman Kevin Cahill, Majority Leader Lorigo advocates for hosting a roundtable in Buffalo in hopes of finally bringing these extremely popular and successful services to Buffalo where affordable public transportation is significantly lacking.

“Buffalo and Western New York would greatly benefit from Uber and other car sharing services. We have a serious gap in public transportation, a topic that comes up quite often in discussions about the Western New York’s renaissance. Most recently the need for ride sharing services arose when addressing the concerns of drinking and driving. Car sharing services have the potential to significantly decrease drunk driving, and are exactly what this area needs to continually improve.  I look forward to hosting a meeting with those involved, and helping Western New York take this critical step forward,” said Majority Leader Lorigo.

In the letter dated Oct. 15, Majority Leader Lorigo invites Assemblyman Cahill and others involved to Buffalo, offering to host a discussion on how to finally bring Uber, Lyft and other companies to this region. Legislation adjusting insurance law that would allow for car sharing services upstate has stalled recently in the state assembly and state senate.