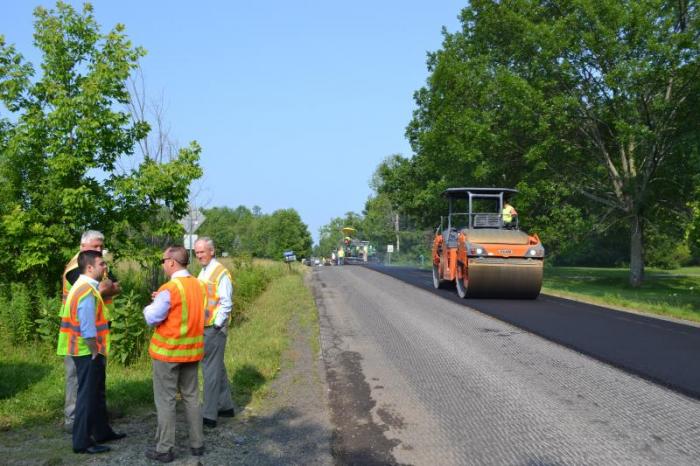 Erie County Legislator Joseph C. Lorigo announces that significant road work has been completed within his district this summer thanks to funding secured by the Legislature to address many of the serious concerns that had been plaguing motorists and residents.

“The county’s infrastructure was in need of much work and the County Executive’s 2014 Road Project plan was lacking, especially in my district where major issues were being ignored. In response, my colleagues and I in the Legislature worked to allocate an additional $5 million to complete as many additional projects as possible this year. Once the funding was secured, I advocated for repairs to deteriorating roads throughout my district that were not made a priority by the administration, despite their horrible condition,” said Legislator Joseph Lorigo. “I want to thank the DPW crews who worked extremely hard this past summer to repair as many road issues as they did.”

“Erie County residents pay their county taxes and expect to have quality services in return.  The county had a strong surplus but poor road conditions, and the $5 million transferred from fund balance was taxpayers’ money that should be used for their benefit. It was a no-brainer to invest the money into the roads, especially after the harsh winter,” said Legislator Lorigo.