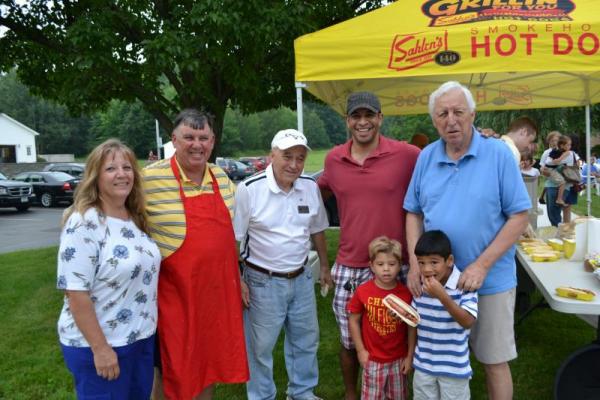 Erie County Legislator John Mills announces that the grand total for the 2014 Library Hot Dog Roast Fundraisers is $9,650, an increase of 3.8 percent from 2013.

Legislator Mills held his first Hot Dog Roast Fundraiser eight years ago and has raised $47,811 during that period of time.

“I was very pleased to see that the 2014 total surpassed last year’s, raising additional funds for the libraries in my district. These events are a success thanks to the support of the community and I wish to thank each and every person who attended the roasts this year and supported the cause. Over the years, the libraries have used the funds to improve the quality of programming and materials that are offered to patrons. As budgets become tighter, these additional funds allow the libraries to look at their ‘wish lists’ and find areas where they would like to improve but need a little outside help,” said Legislator Mills. “Next year we’ll definitely surpass the $50,000 mark, an incredible accomplishment from a simple idea. I hope to see everyone again next year as we aim to beat this year’s record.”

(**West Falls-Colden Library is a community library which does not receive county funding. Through an agreement with the library volunteers and Legislator Joseph Lorigo, who represents Colden, Legislator Mills continues to host the fundraiser annually.)

The funds raised have been used for a variety of purposes, including new furniture, building expansions, programming and special guests, and materials.