ERIE COUNTY, NY— Today, Erie County Executive Mark C. Poloncarz announced that Erie County and the Western New York Section of the Professional Golfers Association (“WNYPGA”) will hold an amateur golf tournament this summer at Grover Cleveland Golf Course.  The “2012 Erie County Amateur Championships” will pit the County’s best amateur golfers in a two round tournament in celebration of the 100th anniversary of the 1912 U.S. Open Championship, which was also held at Grover Cleveland Golf Course (then the Country Club of Buffalo). 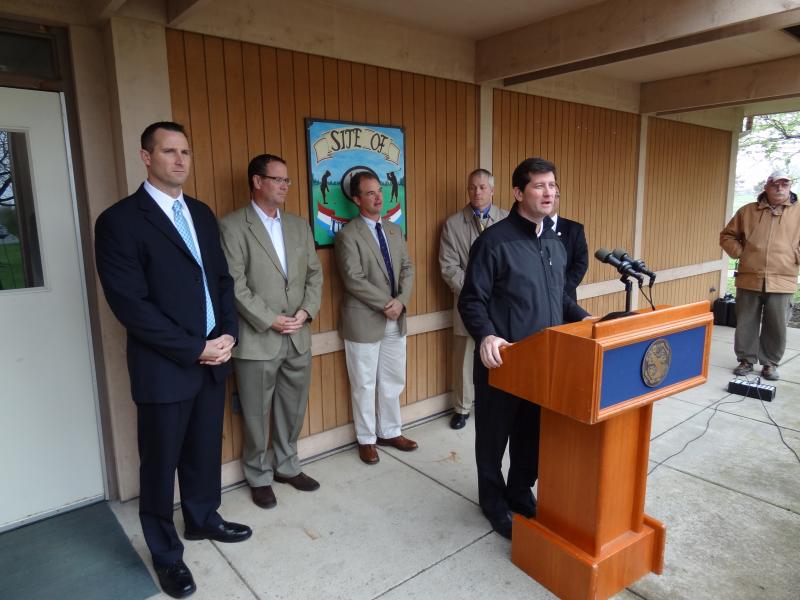 “This year we are celebrating the 100th anniversary of the 1912 U.S. Open, which took place on the grounds of our very own Grover Cleveland Golf Course,” said Poloncarz. “While a few holes have changed since 1912, I cannot think of a better way to celebrate that legacy than by hosting our own Erie County Amateur Championships on those same grounds a century later.  The Championships will provide an opportunity to showcase our top local talent playing on one of Erie County’s gems, Grover Cleveland Golf Course.  I would like to thank the WNYPGA for their partnership in hosting this tournament.”

Joe Bertino, WNYPGA Executive Director, said, “The Western New York Section PGA is excited for the opportunity to join the Erie County Department of Parks, Recreation & Forestry to commemorate the rich history and promote the exciting future of the game of golf in Western New York.”

The 2012 Erie County Amateur Championships will be held on July 7th & 8th at Grover Cleveland Golf Course in Amherst, NY.   The tournament will be open to all applicants who live in Erie County and meet verifiable handicap requirements, with the men’s field limited to the first 80 eligible entries and the women’s field to the first 40 eligible entries. The format calls for 36-hole stroke play, with cuts after round 1 and provisions for a sudden-death playoff (if necessary) after the second round to determine the Champion.

A $45 entrance fee applies (which includes first day course and entrance fee) and an additional $20 fee due prior to starting the second round will apply for those making the cut.  No special requests for pairings will be honored and all finalized starting times and pairings will be posted at online at both the County Park’s Department website at www.erie.gov/parks and the WNYPGA’s website at www.westernnewyork.pga.com.

In a nod to the 1912 competition, riding carts (unless medically necessary to compete) and distance measuring devices will not be permitted.

More information on registration, rules and requirements for the event is available by contacting the County Parks Department at (716) 836-7398 or visiting www.erie.gov/parks.

Additionally, the WNYPGA will also be holding a “Family Golf Month” event featuring full swing lessons with an inflatable hitting station as well a short game clinic on the course practice green.  Registration will take place in advance for the free lessons beginning June 1, 2012 by visiting www.westernnewyork.pga.com.

Erie County maintains two golf courses: Grover Cleveland and Elma Meadows.  Grover Cleveland Golf Course plays over 5,600 yards with par being 34-35-69, while Elma Meadows is an 18-hole par 70 course.  Both courses will open for the season on April 4, 2012.  Tee times are available seven days a week through an automated phone-in system by calling (716) 858-8585 for reservations up to seven days in advance.