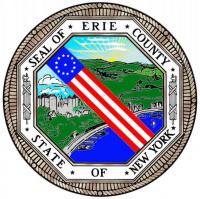 Erie County Comptroller Stefan I. Mychajliw Jr. has announced that Standard and Poor’s (S&P) recently affirmed the county’s strong credit rating, thanks to federal tax cuts that created a strong economy that put more money in the business owners, families and even local governments like Erie County.  Today, S&P confirmed Erie County will maintain its strong AA- rating as sales tax has grown over four-percent and the county is operating with a surplus.

The AA- rating from S&P puts the county in an enviable position when it goes to market to borrow money in early December for a long-term bond. The stronger the bond rating from an independent ratings agency like S&P, the cheaper it is for the County of Erie to borrow money.  The announcement comes just weeks after Moody’s raised its independent rating for the Erie County to A1.

“The ratings announcements from S&P and Moody’s are great news for taxpayers. Having Wall Street confirm and raise our rating puts the county in a strong position to borrow for important projects. These independent ratings are a testament to my strong and responsible stewardship of county tax dollars and is crucial to ensuring the county’s fiscal health,” said Comptroller Mychajliw.

“Thanks to the growing Trump economy, we are seeing sales grow at a rate of more than four-percent. This translates in millions of dollars for Erie County. This additional revenue wouldn’t exist if it weren’t for the confidence in and the strength of the national economy that has grown tremendously under President Trump. Historic growth of the market and our economy is directly benefitting the taxpayers of Erie County.  Federal tax cuts kick started historic gains and growth in our economy,” added Comptroller Mychajliw.

The Comptroller Office’s will receive one additional rating in the coming days. For the first time in the county’s history, the Comptroller will work with Kroll Bond Rating Agency (KBRA). A strong rating allows Erie County to borrow at a cheaper rate and lowers costs.

“As was discussed on our call with S&P, job growth in Erie County has been because of the private sector, not the government. The private sector is growing because of tax cuts that put money back into the hands of income generators, and it has rightfully been taken away from big government,” concluded Comptroller Mychajliw.

For PDF of the press release, please CLICK HERE.