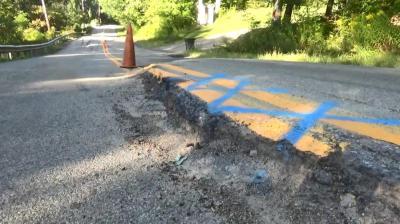 Erie County Comptroller Stefan I. Mychajliw Jr.’s report on road conditions shows that Erie County’s roads are in worse condition today than they were 10 years ago. According to the 2019 independently graded road scores, Erie County has the most roads scored as “poor” since 2011. Furthermore, the independent report shows that repairs are not holding up and repaired/reconstructed roadways are deteriorating rapidly.

The Greater Buffalo Niagara Regional Transportation Council (GBNRTC) recently completed its 2019 report. Using a scale that ranks roads from 10 to 1, with 1 being the lowest score, the GBNRTC has scored 54 Erie County roads as poor (4 or lower).  That number has steadily increased, more than doubling in the past six years. In 2013, there were 24 roads scored as poor (4 or lower).

“These are irrefutable facts from an independent analysis. Our roads are in bad shape. Data shows the number of roads in ‘poor” condition doubled in six years. The conditions of county roads have been trending downward since 2013. Ask any taxpayer that drives on a county road. They feel what the independent data confirms: Erie County roads are in poor shape,” said Comptroller Stefan I. Mychajliw Jr.

According to the GBNRTC, the number of roads scoring 4 or below is:

“Keep in mind, those compiling data and providing consistently poor scores to Erie County roads have no ‘skin in the game.’ Facts are facts. Unfortunately for shortchanged taxpayers, poor road conditions have more than doubled since 2013. Taxpayers deserve better. The only folks happy with the horrible conditions of county roads are mechanics that fix bent rims and frames from vehicles hitting potholes,” added Comptroller Mychajliw. 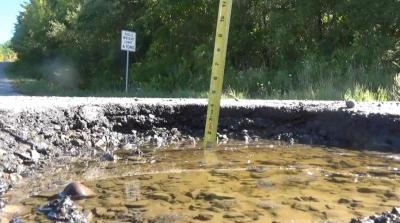 The 2019 GBNRTC report also highlighted the fact that road repairs aren’t holding up. There were cases of roads that had been scored as “poor,” then repaired and had their score upgraded. However, just a few years later those same roads are again showing up on the “poor” list (4 or lower). This shows that some roads are deteriorating rapidly. The county roadways are not reaching life expectancy before falling into such disrepair that they are again scored as “poor.”

“What this independent data suggests is that the county isn’t doing its job managing road repair. Instead, it appears these are shoddy, temporary bandage repairs, cosmetic work. The road surfaces aren’t holding up. Taxpayers are investing money but the county isn’t fixing structural problems. So the Department of Public Works has to go back, in some cases just a couple of years later, and fix the road all over again. These aren’t smart investments. Now Erie County is throwing good money after bad. Flushing taxpayer dollars down the toilet. This is no way to utilize your tax dollars,” said Comptroller Mychajliw.

“When the current County Executive served as Comptroller, he called county roads ‘dangerous’ and ‘crumbling.’ There were 18 roads at the time that scored 4 or less. Fast forward to today, we have 54 roads scoring 4 or less. That is a 200 percent increase,” noted Comptroller Mychajliw. “At that time, the then Comptroller criticized the average road score of 6.97. He said that wasn’t good enough. Today, some are highlighting the county’s current 6.66 score. Looks like fuzzy math and smoke and mirrors to me,” concluded Comptroller Mychajliw.

To view a copy of the report, please CLICK HERE.