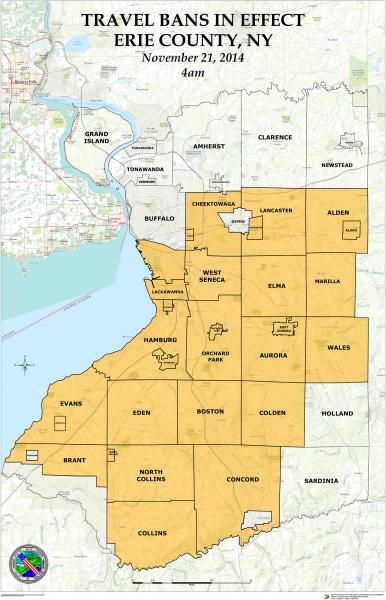 “As the storm has raged on, communities which were not impacted originally are now. With public safety being the number one thought in all of our minds, it is incumbent on all citizens to observe driving bans in any of the affected communities. I thank the public for its patience and its assistance as we deal with this storm,” said Erie County Executive Mark Poloncarz.

The following municipalities now have a travel ban. The only vehicles allowed are emergency vehicles.