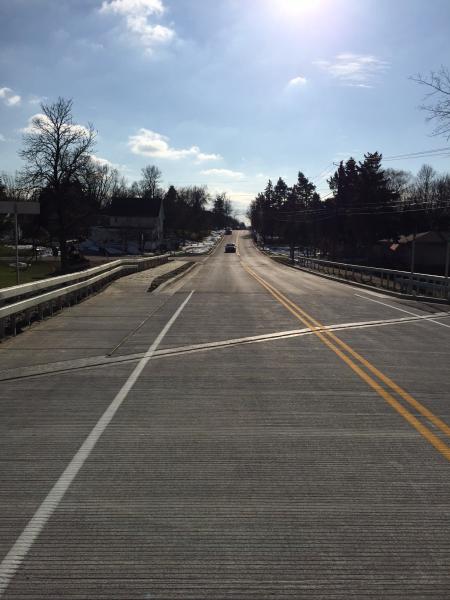 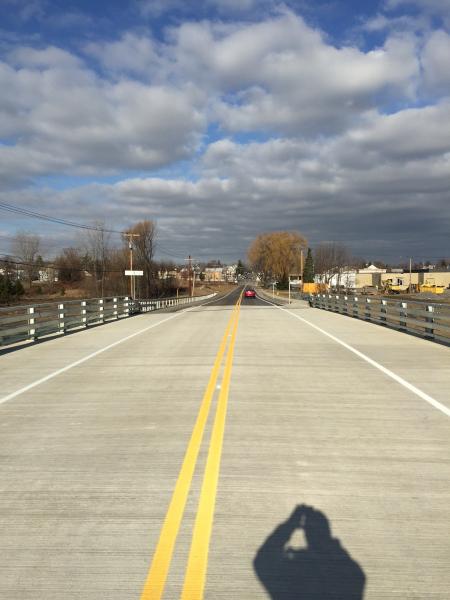 Two views of the reconstructed bridge and roadway on Penora Street in Lancaster between Bryan Street and Broadway.

ERIE COUNTY, NY— The Erie County Department of Public Works Highways’ Division has announced the reopening of Penora Street in Lancaster following the recent completion of the $1.4 million reconstruction Project’s third phase, a bridge rehabilitation that finishes the stretch of Penora between Bryan Street and Broadway. Work began on the project during the first week of July and the road, which carries 5,250 vehicles per day, was reopened on December 9, 2014.

“2014 was a busy year for road projects of all sizes across Erie County, and it’s good to move the Penora Street project into the ‘completed’ category for the year,” said Erie County Executive Mark C. Poloncarz. “While the opening of the road was delayed two weeks by Winter Storm Knife, this new roadway and new bridge are significant upgrades that will be noticed and appreciated immediately by both motorists and residents, and further emphasize my administration’s commitment to providing the best infrastructure we can.”

The road reconstruction included the complete removal of old pavement and drainage at the site, which was replaced with full-depth pavement, new drainage including concrete curbs and gutters, and roadside treatment improvements. The rehabilitation of the Penora Street bridge over Cayuga Creek included new structural steel for the span, a new deck and bridge rail, and miscellaneous structural repairs.

On the Erie County Department of Public Works, visit http://www2.erie.gov/dpw/