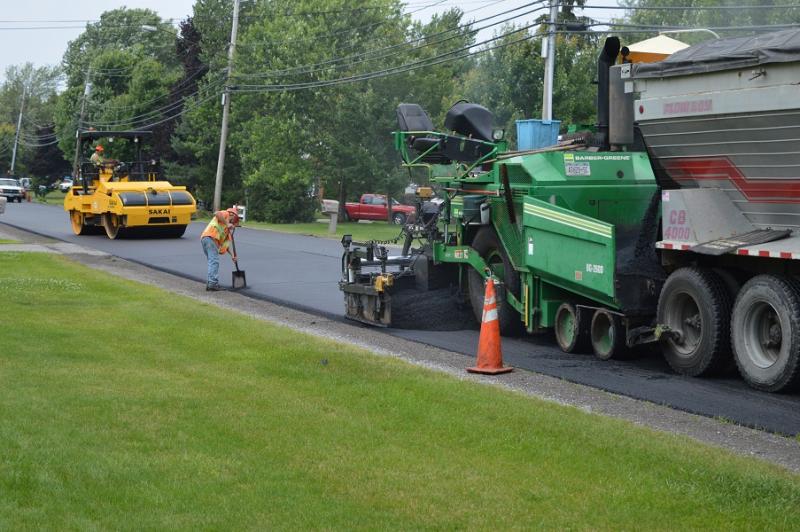 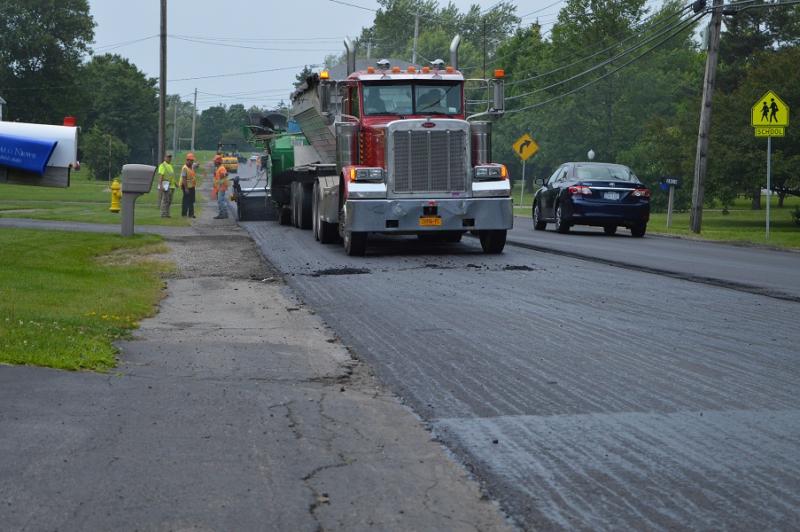 Paving crews work on Amsdell Road between Route 5 and Route 20 in Hamburg. The project, part of the nearly $30 million in road improvements happening across Erie County in 2015, began on July 1.

ERIE COUNTY, NY—The Erie County Department of Public Works Division of Highways has announced that road improvements on Amsdell Road in Hamburg are nearing completion and expected to be finished by next week, weather permitting. Work began on the approximately 1.9 mile stretch of Amsdell between Rte. 5 and Pleasant Avenue on July 1 and is part of the nearly $30 million in road improvements happening countywide in 2015. Approximately 3.5 inches of asphalt was removed from the road over the 1.9 mile stretch and was replaced with new asphalt of the same thickness. Road striping and some driveway connections remain to be completed as part of the project. Approximately 5,000 vehicles per day use Amsdell Road.