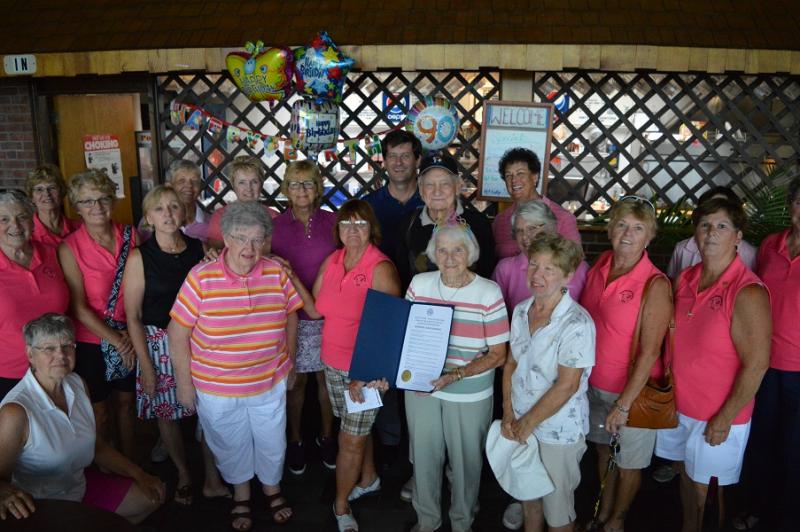 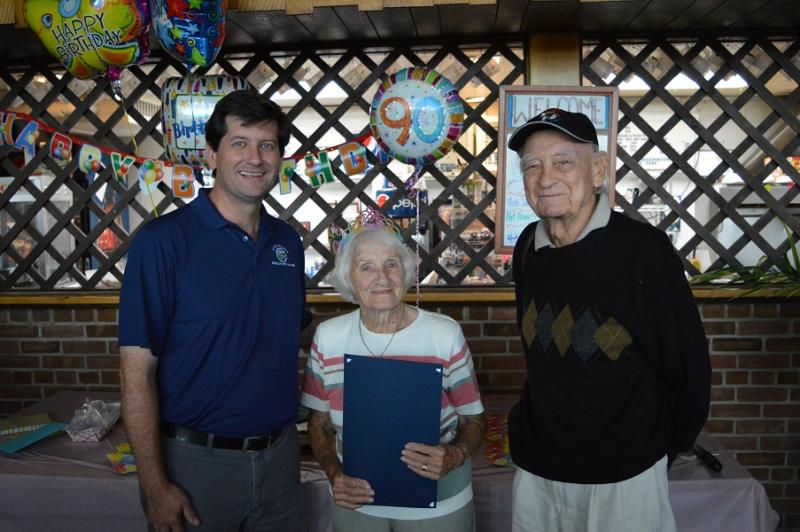 ERIE COUNTY, NY— Erie County Executive Mark C. Poloncarz joined members of the Elma Meadows Women’s Golf Club recently to wish a surprise “Happy Birthday” and present a proclamation to longtime member Jean Rainbow on her 90th birthday. Mrs. Rainbow is the only original member of the Women’s Club still playing, having joined in 1965, and still plays all 18 holes almost every Thursday at Elma Meadows with other ladies from the 130-member club. The proclamation presented to Mrs. Rainbow proclaimed “Jean Rainbow Day” in Erie County and noted many of her accomplishments throughout her tenure with the Women’s Club, which was established in 1961.

“I am honored to join Mrs. Rainbow on her special day, and along with her Club I am pleased to wish her a Happy Birthday and present her with this proclamation,” said Erie County Executive Mark C. Poloncarz. “She has had a tremendous positive impact on the Club and has been an active member for 50 years, so today I am proud to proclaim ‘Jean Rainbow Day’ in Erie County.”

Now living in Orchard Park, Mrs. Rainbow and her husband Al have been married for 69 years and both have been very active in helping the Women’s Club run tournaments and other events at the course. Jean has held numerous positions on the Club’s 11-member Board and served as Handicap Chairperson for several years; she has also won the Club championship in the past. Now 90, Mrs. Rainbow continued to walk the full 18 holes each round until just a few years ago. She was surrounded by friends and well-wishers at the birthday celebration, which included cake and singing along with the County Executive’s surprise appearance.