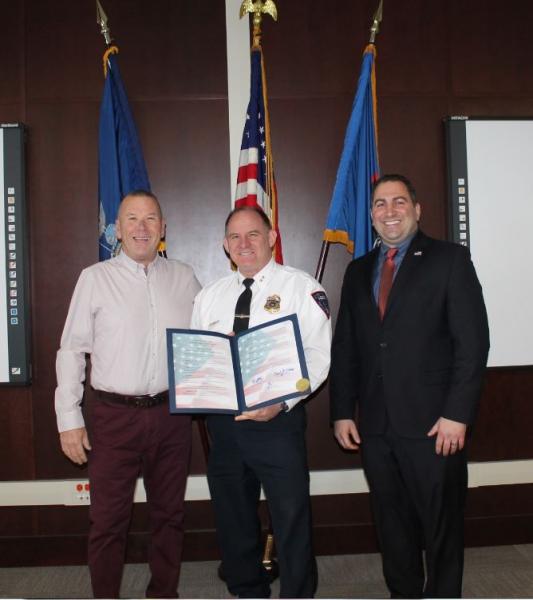 Chief Zack’s other accomplishments include introducing the first Fair and Impartial Police Training program in the state, receiving the National Federation for Just Communities Law Enforcement Leadership Award in 2016, and the National Alliance for Mental Illness President’s Award for his role in creating the first crisis intervention team in Erie County. Upon retiring from the Cheektowaga Police Department, Chief Zack will be taking on a new role as Chief of Police for the City of Asheville, North Carolina.

Legislator Todaro stated, “Chief Zack has done a tremendous job serving and protecting the Cheektowaga community for the past 33 years. We will miss him, but wish him all the best as he moves on to serve as Chief of Police for the City of Asheville, North Carolina.”

A copy of the proclamation presented by Legislators Todaro and Meyers can be viewed here.