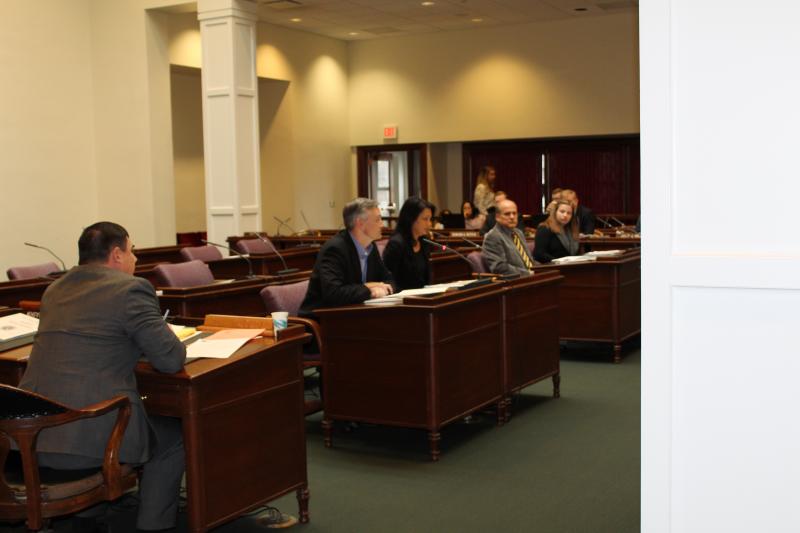 (Erie County, NY) The Erie County Legislature voted today to approve the Public Health Protection Act of 2018, the most substantial anti-tobacco legislation in Erie County since the passage of the Clean Air Act in 1996. The vote was unanimous for the law which was advocated for by Democratic county legislators.

Under the law, any smoking in a motor vehicle with a child under the age of 18 present would be illegal. The law would also ban the marketing and sale of tobacco or nicotine containing products, including e-cigarettes, in pharmacies and other healthcare institutions. Lastly, smoking in or adjacent to NFTA bus shelters and the public areas near them would also be made illegal. The local law would impose a fine of $50 for the first offense and increase the penalty in increments of $50 for each additional offense.

“I am proud to sponsor this legislation,” said Erie County Legislature Chair Peter Savage. “We have known about the dangers posed by tobacco and tobacco related products for years. This law is the next logical step. Public transportation users should not be forced to endure second-hand smoke. Protecting children’s health has been a prime motivation behind smoking regulation and they deserve to be protected in vehicles. Finally, pharmacies, whose primary mission is to serve the public’s health, should not be in the business of selling products that are the number one cause of cancer in our nation and which when used correctly, are designed to harm and kill users.”

“This common-sense policy is an important opportunity to save lives and protect all Erie County residents, from the youngest to the oldest,” said Candace S. Johnson, PhD, President and CEO of Roswell Park Comprehensive Cancer Center. “Cigarettes are a burden on society like no other commercial product, costing the U.S. $300 billion in health care expenditures and killing more than 480,000 people every year. It’s both a moral and a practical imperative for us to embrace these policies as a community because they are the best way to prevent children and non-smokers from being exposed to toxic chemicals, restrict access to tobacco and put an end to retail practices that are luring children to become new smokers.”

Nicotine is considered as addictive a drug as cocaine or heroin. Nearly 2.5 million non-smokers have died from smoking related illnesses over the past fifty years. Studies have found that smokers have a higher risk for developing cancer, coronary heart disease and stroke, and pulmonary disease. Exposure to second-hand smoke in the environment has also been linked to a number of chronic diseases and premature death. Tobacco marketing, while limited, still has a considerable effect on young consumers. It is estimated that over 10% of high school students have used tobacco or e-cigarettes, a number that’s been stagnant for many years.

“As a father, my instinct is to protect children,” said Erie County Legislator Patrick Burke. “This legislation will ensure that children across our community are further protected from the lifelong damages caused by smoking and tobacco products.”

“Tobacco-Free Western New York works each day to educate and advocate for lower density of retail outlets selling tobacco products and exposure to second-hand smoke,” said Anthony Billoni, Director of Tobacco-Free Western New York. “Any effort to limit smoking around others and to reduce the number of places to purchase and see tobacco products is a significant step in our effort to preventing disease due to tobacco use, especially among our youngest citizens.”

The Erie County Legislature held a hearing in its Health and Human Services Committee and later heard testimony from residents at a recent public hearing in which representatives from Roswell Park Comprehensive Cancer Center, a business owner and pharmacist from Transit Hill Pharmacy, members of Tobacco Free WNY and students testified. All overwhelmingly supported this bi-partisan legislation and praised the Legislature for stepping up and acting in the best health interest of the people of Erie County.  The American Heart Association has also expressed support, noting that tobacco use is also the number one preventable cause of heart disease in this country. The Erie County Department of Health has also expressed their support, vowing to aid enforcement through their commissioner’s hearing process.