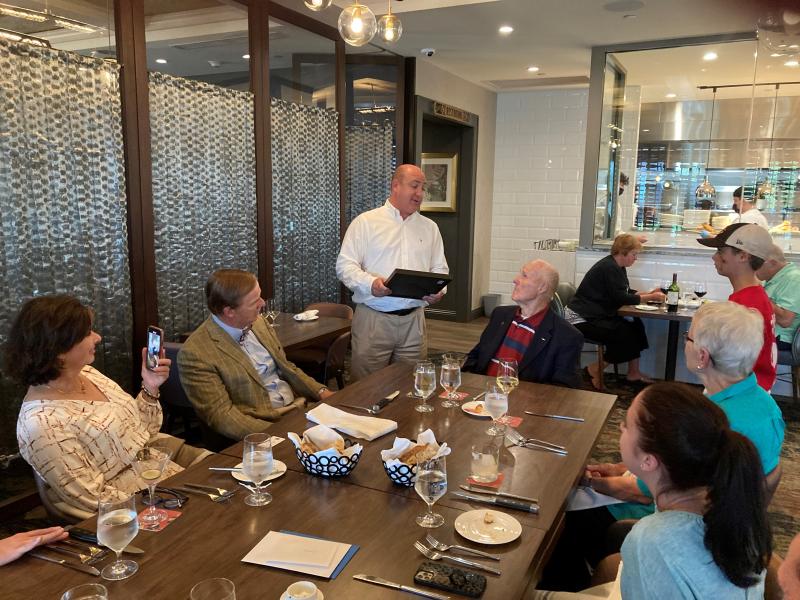 Erie County Legislator Chris Greene recently honored Town of Clarence resident Edward Ballow on his 90th birthday and presented him with a proclamation. Edward Ballow was born in Buffalo in 1931 and graduated from Seneca High School. Mr. Ballow went on to serve his country in the United States Army, 5th Infantry Division.

Upon his discharge, Edward Ballow became employed by the Bethlehem Steel in Lackawanna. From 1984 until his retirement in 1994, Mr. Ballow worked as a New York State Police Communications Specialist—working at both the Town of Boston and the Town of Clarence sub-stations. Throughout this time, Mr. Ballow served the Town of Newstead as Constable, Dog Warden and Bingo Inspector throughout the 1980’s and even ran for Newstead Town Supervisor. From 1983 to 2016, Mr. Ballow served as Election Inspector in the Towns of Newstead and Clarence.

Legislator Greene said, “Happy 90th birthday to Edward Ballow. It was an absolute honor to meet Mr. Ballow and learn all of the ways in which he has given back to Erie County. I wish him an abundance of health and happiness in the years to come!”