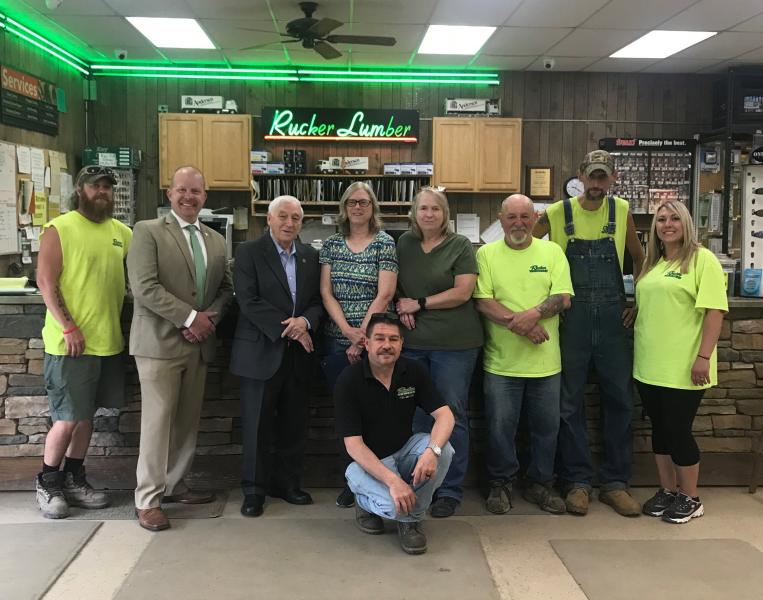 Erie County Legislator John Mills recently presented a proclamation to H.F. Rucker Lumber Company in Boston in honor of its 100th anniversary. The company was founded in 1921 by Henry Rucker who wanted to expand into dimensional lumber which was growing in popularity due to new construction techniques that did not require skilled laborers, was less expensive and allowed ordinary men to build their own homes.

In 1936, Henry partnered with Earl May and H.F. Rucker Lumber Company became an important part of life in Boston. Henry devoted his time in both free labor and free lumber to organizations in town such as the Boston Conservation Club, the Athletic Society’s bleachers in 1949 as well as forming the first fire tax district in Boston and many more.

Alfred Rettig took over the business as owner after Henry retired in 1968 and Earl May left the business. Alfred was a lumberman-born-farmer from Orchard Park and incorporated Rucker Lumber in 1975 where it has remained in the Rettig family. Rucker Lumber continued on as a family business in 1970 when Alfred’s daughter Nancy joined the business followed by her sisters Gail and Janet in 1975—consequently making Rucker Lumber a certified women-owned business and a true value partner with a new 5,000 sq. ft. store and even larger warehouse.

Legislator Mills said, “Rucker Lumber is one of the most well-known businesses in Boston, New York. I am proud of every single owner for building the company from the ground up to the incredibly successful business it is today. Many residents from near and far rely on its services. I wish you 100 more years of continued success.”