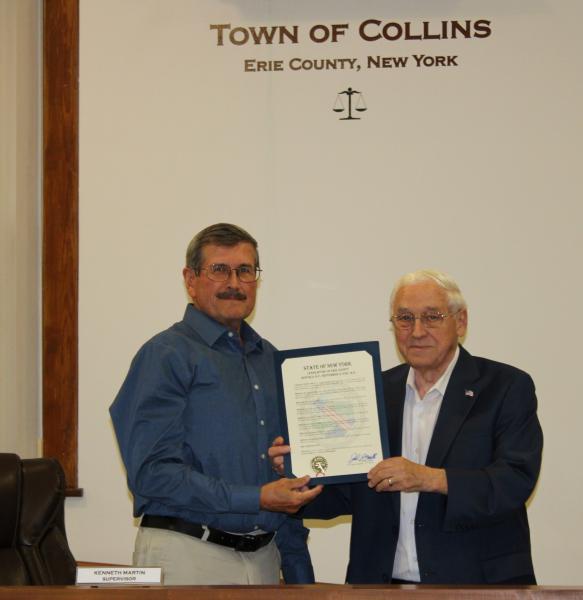 The Town of Collins is one of 25 towns in Erie County and was formed on March 16, 1821 after being split from the Town of Concord to the east and again in November 1852 with the creation of North Collins.

Today, the Town of Collins consists of approximately 62 square miles bordered on the south by Zoar Valley and to the west by the Seneca Nation of Indians and includes a large part of the Cattaraugus Indian Reservation.

Legislator Mills said, “The Town of Collins is a hidden gem within Erie County with plenty of hiking areas, destination spots, scenic views and farm fresh foods. I want to congratulate the Town of Collins officials from past and present and its great residents for building the area to what it is today.”