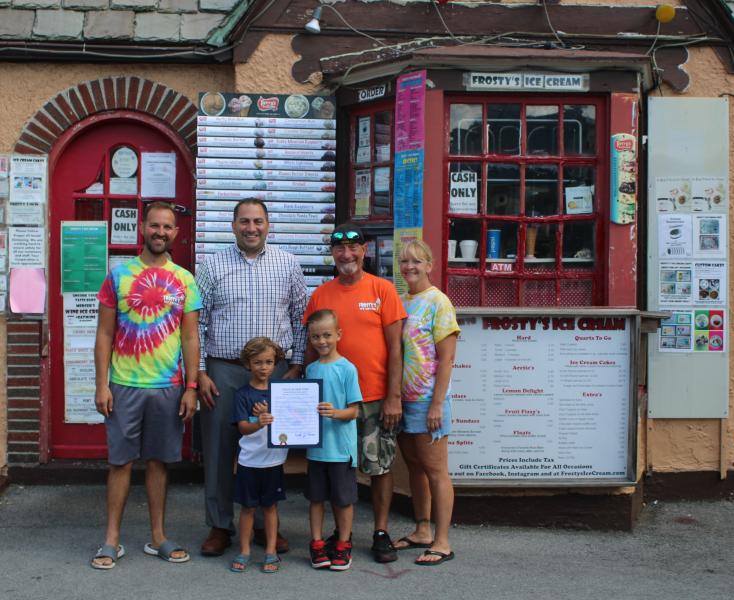 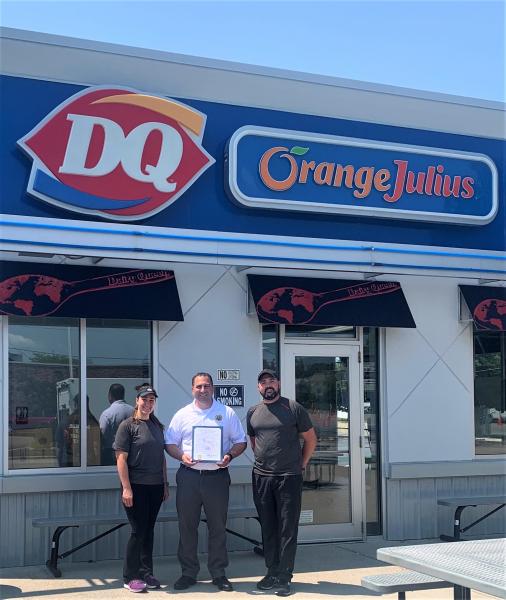 The first Dairy Queen opened its doors on June 22, 1940 in Joliet, Illinois serving a variety of frozen products, including soft-serve ice cream. Today, there are over 4,000 Dairy Queen locations in the United States—including the one Melissa and Andrew Royce own in Cheektowaga.

Frosty’s Ice Cream has a location at 2424 George Urban Boulevard in Depew and 5500 Broadway Street in Lancaster and is locally owned and operated by Dave Del Carlo. Frosty’s is known for having one of the biggest cones in Western New York and its enormous selection of delicious items where everyone can find something they love.

Legislator Todaro said, “A meal isn’t complete without ice cream! It was a pleasure to meet and present a proclamation to Melissa and Andrew Royce—the owners of Dairy Queen on French Road—and Dave Del Carlo—the owner of Frosty’s Ice Cream—for running successful ice cream shops and putting a smile on the faces of many District 8 residents!”